Full round of Premier Division action in Limerick District League 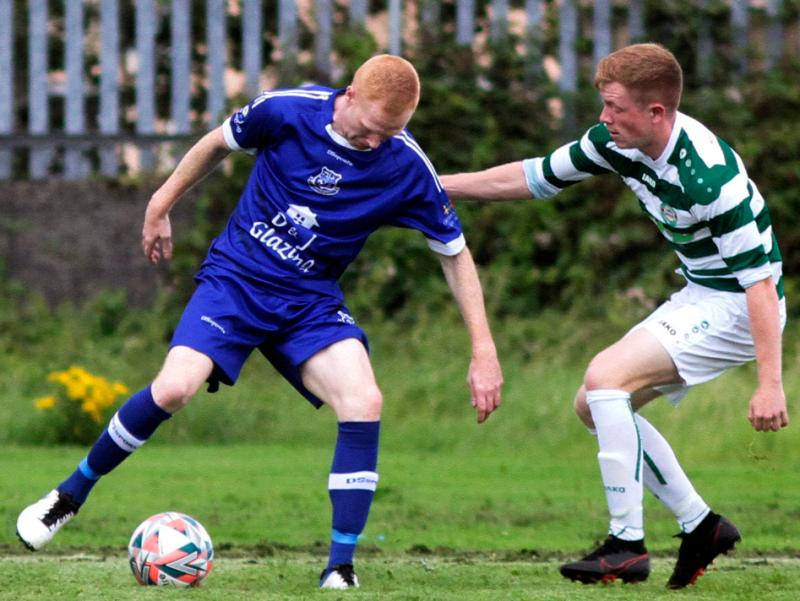 AFTER a break on Sunday to allow All-Ireland hurling final celebrations, we are back to action on tonight, Thursday, evening with a full round of Limerick District league Premier League games on offer.

Last week, Pike Rvs recorded a 3-2 win at Ballynanty Rvs to keep up their 100% record. Eoin Hanrahan is back in a good scoring streak and his double put paid to Balla’s challenge.

Pike will be expected to keep their run going when they host Geraldines at the Pike Club. The ‘Dines have yet to kick start their season as they chase their first point.

They could do without facing a Pike side on a roll but they have shown again and again that they can come up with something when not expected.

Pike have a large panel, all itching for action, so whichever XI takes the field will be eager to convince manager Robbie Williams of their worth, which does not auger well for the visitors.

Aisling Annacotty are also on full points after three games. That run will be tested on Thursday when they meet a Balla XI who are hurting after that defeat to Pike last week.

Shane O’Hanlon’s side have ridden their luck in their opener versus Regional and followed up with wins over Janesboro and Kilmallock. They have yet to hit top form, although Adam Foley’s return to the fold might help in that regard.

Aisling lost quite a few players in the off season so the influx of a new batch will take time to blend in. Collecting full points in the process will have delighted the manager.

Ballynanty Rvs will be back among the leading pack if they can take full points in Annacotty. Balla were slow out of the traps versus Pike and a repeat would result in a similar result against a potent Aisling attack.

You feel Balla will have been working on their errors all week and will be suitably prepared.

Fairview Rgs are the third team still boasting a 100% record and they put that on the line on Thursday when they visit Regional Utd in Dooradoyle.

Fairview just edged past their respective opponents in their first three games beating Prospect 3-2 and they beat both Coonagh and Nenagh on a 2-1 scoreline. They will find Regional a tougher nut although the Dooradoyle side have had an indifferent start to proceedings.

Mungret Reg have had a good start to their campaign with two wins under their belt. They meet a Coonagh Utd side who ran Fairview close last week. There is little to choose between the two sides so a share of the spoils would not be a surprise.

Nenagh are another side who had a good start to the season, and they will be looking to build on that run when they visit Janesboro. Daithi O’Donoghue’s side, despite showing just a point to date, have been impressing and are expected to get better as the season progresses. They could make it difficult for Nenagh on Thursday.

Kilmallock and Prospect Priory, with just a point between them after three games, meet in a game that is vital to both side’s hopes of survival.

Kilmallock were much better in their last outing versus Fairview. Likewise Prospect, who picked up their first point in a draw with Janesboro. Wayne Colbert’s men will be fancied to just about shade it.