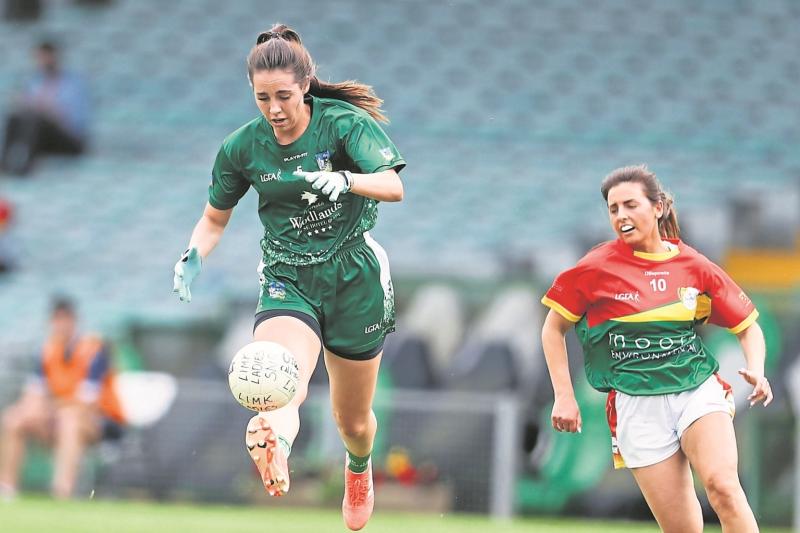 LIMERICK are one win away from a Croke Park All-Ireland Ladies Football final appearance.

However, they will have to turn the season on it’s head to reach that junior championship final on Sunday September 5.

Limerick play unbeaten Wicklow in the semi final of the West County Hotel Cup this Saturday (August 21) in Tang, Co Westmeath at 1pm.

The Leinster side were finalists last year while Limerick have stumbled into the last four with just one win from four outings.

Back on July 11 Wicklow were 1-13 to 1-6 winners in the group stages when these sides met.

The Limerick team was named on Friday morning - details here

“In there by default for all the world, but we are there,” accepted Limerick manager Donal Ryan, who has guided Limerick to back-to-back semi finals. Limerick lost out to eventual winners Fermanagh at this stage last season.

“We have another chance. We are up against the favourites and we have only a couple of days to turn around for it - we have to go back at it again,” he stressed.

”It’s a knockout game and we have to go at it. It’s stay at home or be in Croke Park. There is a golden carrot for them at the end if they want it,” said Ryan.

”There were chances there for us, of course there were but then again Wicklow would say they had more chances as well that they didn’t take,” he recalled of their July 11 tie.

“We won’t fear them - we will respect them because they are favourites and haven’t lost a championship game this year and it was only the final they lost last year. They are a very strong team and have great experience.”

Limerick are looking to bounce back from the 11-point loss to Carlow last Sunday, while at the same time Wicklow were recording their fourth straight win.

“We are always going to be disappointed in defeat. We didn’t get off to a great start and I was a bit worried about how we were playing and Carlow were on top and had the upperhand. The injury to Andrea took a lot out of the girls and Carlow punished us in that spell just before half time - we kind of lost our heads and our way for them six or seven minutes,” recalled the manager.

He added: “It’s a tough one because I thought we prepared well for coming up here today but with injuries and other things going against you on the day it’s tough to get around it”.