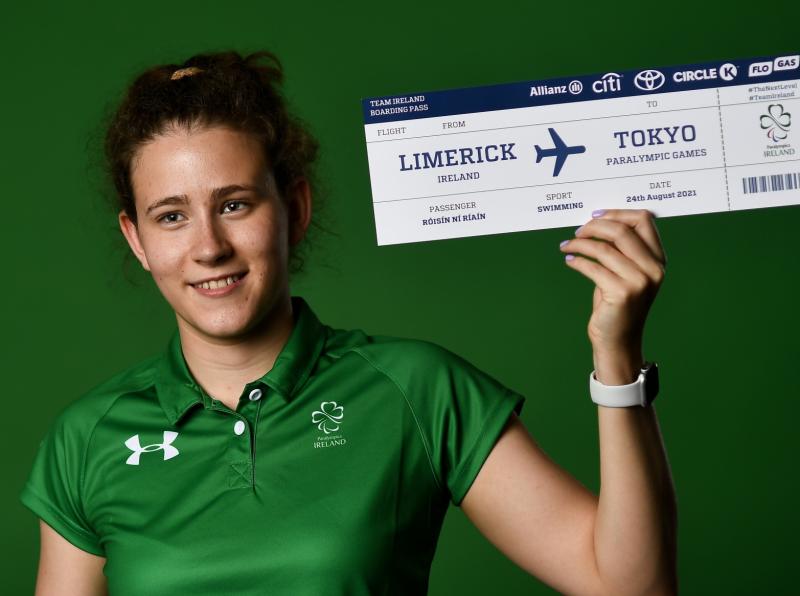 Roísín Ní Riain, is from Drombanna and is a member of Limerick Swimming Club.

The talented 16-year-old is Paralympic Ireland’s youngest athlete in the Tokyo Paralympics.

She announced her arrival on the world stage with a string of impressive swims at the World Para Swimming Series in Lignano Sabbiadoro in Italy in April.

Roísín recently completed Transition Year in all-Irish secondary school Gaelcholaiste Luimnigh. She is the eldest in her family and has three younger sisters, including twins.

Tokyo 2020 takes place from August 24-September 5 with the action focusing around the Japan National Stadium in Tokyo.

The games will take place one year later than planned following the forced postponement of the Paralympic Games due to the Corona Virus.

The opening ceremony of the Paralympic Games will take place on Tuesday next, August 24 and will mark the beginning of two weeks of intense competition with the famous Paralympic medals at stake.

The Games will feature 539 events across 22 sports hosted at 21 venues with multiple classifications in each discipline.