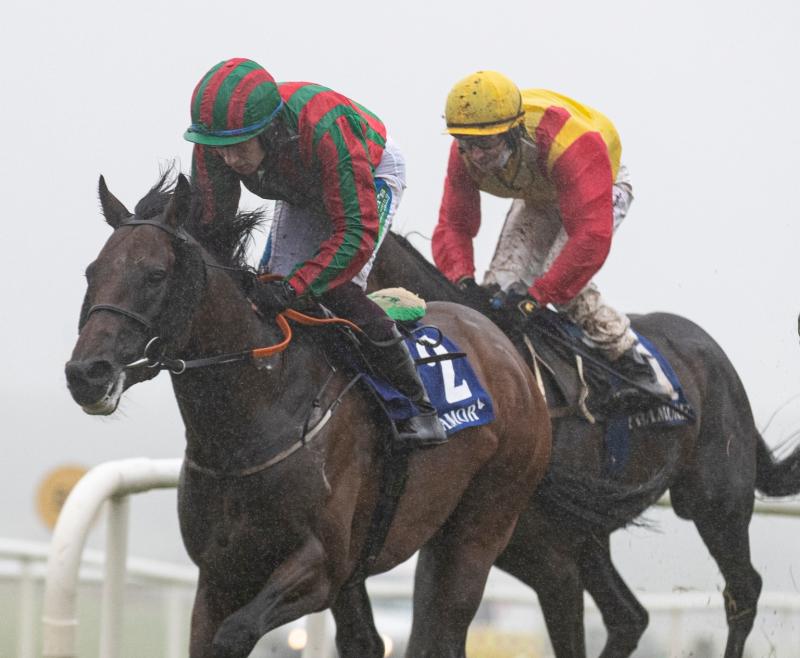 The 9/2 shot was always travelling well tracking the leaders and victory was never in doubt once Landers pushed him clear, the pair having a length and three-quarters to spare at the lollipop.

Fitzgerald learned much of his trade working for Michael Hourigan and the Patrickswell handler bagged the second division with 2/1 favourite Icee M B A benefiting from a good ride by Brian Hayes and a clever bit of placing.

Born To Rule rallied gamely for Cratloe jockey Mark McDonagh to land an 18/1 to 8/1 gamble in the Broderick’s Electrical Maiden Hurdle. for trainer Tom Hogan.

Wearing first-time blinkers, the Born To Sea four-year-old found plenty for his rider’s urgings to renew what had initially appeared to be a vain challenge and get the better of a ding-dong three-horse battle by a short head and half a length.

Billy Lee has built a fruitful partnership with Paddy Twomey but would not have known much about Limiti De Greccio, who was a new arrival at Athassel House recently, having been bought from Johnny Kinsella after a runner-up finish at Leopardstown.

She she promptly shed her maiden status when landing the Irish Stallion Farms EBF Fillies’ Maiden on Thursday, Lee settling the juvenile daughter of Elzaam in mid division early in the seven-furlong contest before making a move up the inner on the home turn and picking up well to win cosily.

Moyross apprentice Wesley Joyce is riding with a lot of confidence right now and that showed as the 18-year-old delivered the Mick Mulvany-trained Arch Enemy with a devastating late run out wide to score in the Irish Racing Yearbook 2022 Nursery by a half-length at The Curragh on Friday.

On Saturday at Tramore, former jump jockey Mark Enright, from Castlemahon, got the leg up on the Fozzy Stack-trained Sanosuke and displayed his own as well as his partner’s talents as they prevailed in the Core Bullion Traders Rated Race.

Later on, the father-and-son duo of Eric and Emmet McNamara combined to land the Brennan’s Pharmacy Handicap with Groveman, and the day concluded as Emmet’s cousin Andrew trained Majestic Jewel to win the Morris Builders DIY Handicap under the flying Siobhán Rutledge.