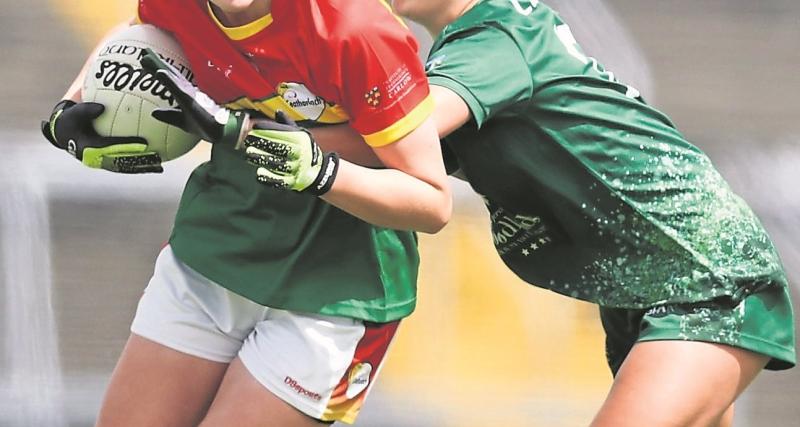 A THIRD defeat in four outings but Limerick still progress to the knockout stages of the TG4 All Ireland Junior Ladies Football Championship.

This final round group game in Birr finished Carlow 4-11, Limerick 1-9.

The Donal Ryan managed Limerick advance to next weekend's semi final against Wicklow by virtue of their head-to-head status with Derry, who Limerick beat earlier in the campaign.

In this tie, there was an hour long stoppage for an injury in the opening half. Just less than 20-minutes were played when Limerick midfielder Andrea O'Sullivan sustained an injury and the medics on hand opted not to move her from the field of play and called for an ambulance. Just inside the hour mark the game resumed after the Limerick and Ballylanders star was removed to hospital for further treatment.

Aine Cunningham had the game's opening score but then Limerick didn't score again until the game's 20th minute.

The advantage for the Leinster side was out to three points when the lengthy injury stoppage occurred.

On the restart one hour later, Limerick started the better and midfielder Roisin Ambrose had back-to-back points to level the game for the first and only time at 0-3 each.

But Carlow soon found their feet again to regain the lead.

A Nicole Bennett free left it 0-5 to 0-4 with half time approaching.

But there was still time for a Carlow scoring blitz in injury time.

In a run of four scores they also had two points for a nine point half time lead.

Their advantage was increased to 10-points at the start of the second half but points from Katie Heelan and Meadhbh MacNamara hit back for Limerick.

And it was the start of a fine scoring run by the Limerick girls - six unanswered scores.

Nicole Bennett had the Limerick goal in the 14th minute.

And just before the water break Roisin Ambrose thought she had another Limerick goal but the referee called back play for a free in, which Bennett converted.

On the restart, Cliodhna Ni Se had the third Carlow goal - from a penalty.

Shortly after Limerick were reduced to 14 players for the remaining minutes when Maedbh McCarthy was sent to the sinbin.

As Limerick came to terms with the sinbin, Sara Doyle craved through the middle for a fourth Carlow goal.