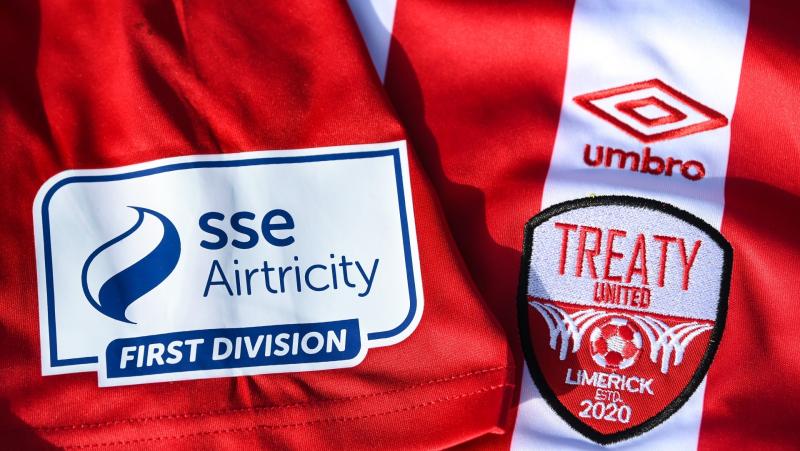 Tommy Barrett's Treaty side looked all set to claim a precious league point as the clock ticked into the 90th minute. However the concession of a late penalty and a clinical finish from former Limerick FC player Clifford saw Bray collect a crucial victory.

Bray move ahead of fourth-placed Treaty United on goal difference in the First Division league table with just eight games in the regular season to come.

Treaty will look to get their promotion play-off bid back on track on Friday night next, 7.45pm, when struggling Wexford FC visit the Markets Field.

Treaty had lost their previous league fixture 4-1 to Cabinteely at the Markets Field.

Despite the back-to-back defeats, fourth-placed Treaty Utd are still strongly placed in the battle to secure a promotion play-off spot. Treaty enjoy a 10-point advantage over sixth-placed Athlone Town in the First Division table.

The sides finishing down to fifth place in the First Division at the end of regular season will be involved in the promotion play-offs. There are now just eight games to go in the regular season.

Treaty have taken 19 points from a possible 30 in their last 10 league fixtures.

Friday night was the third meeting between Treaty United and Bray in the First Division regular season.

Treaty secured a point in a 0-0 draw in their first ever fixture in the League of Ireland back in March at the Carlisle Grounds, while Tommy Barrett' charges won 2-0 at the Markets Field in May.

Treaty United's starting line-up saw defender Anthony O' Donnell return to the side following suspension. Treaty's U19 goalscorer from their mid-week league fixture Sean Oyibo was included on the substitutes' bench for the game.

Home side Bray settled quickly with Brandon Kavanagh going down in the box claiming a penalty but the referee waved it away. It looked like the ref got the call spot on.

On the half hour mark, Richie O'Farrell was denied by Treaty goalkeeper Ryan after the Bray player failed to strike the ball cleanly when an opportunity arose.

Treaty created a decent opening on 53 minutes. However, Matt Keane was denied by some excellent defending from Andrew Quinn as the Treaty player looked to get in on goal.

Sean McSweeney then set up Keane with a clever pass on 72 minutes. However, Keane's well struck effort whistle just outside the left hand upright.

McSweeney was also provider for substitute Coustrain in the 85th minute. However, after a neat turn on the edge of the box the former Corbally United player's dinked effort was saved by Bray 'keeper Maher.

The visitors looked on course to secure a precious share of the spoils and maintain their three point lead over their hosts in the First Division table until Clifford popped up with a precious match winner from the penalty spot.