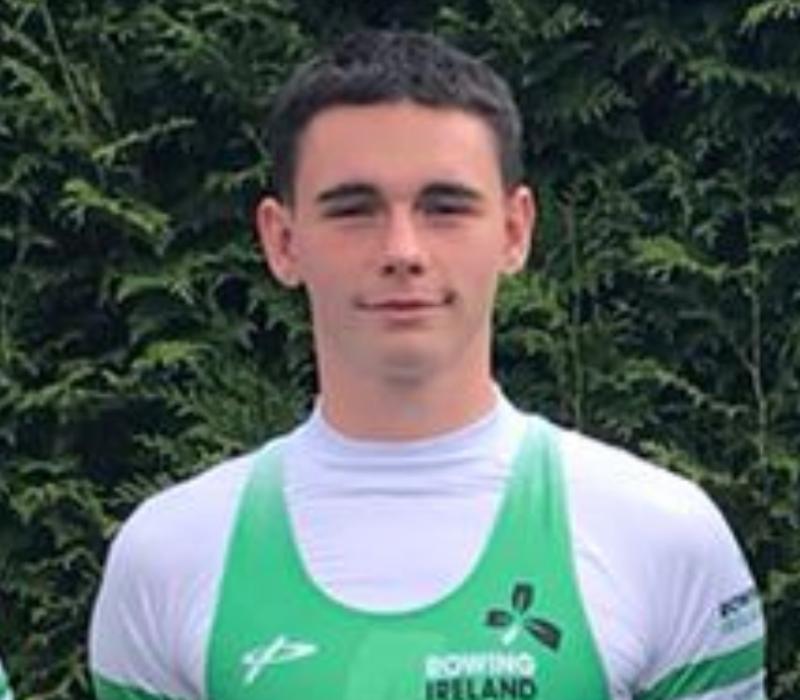 David Foley, of St Michael's Rowing Club, who is competing at the World Rowing Junior Championships

A TALENTED Limerick rower was part of the Irish Junior Men's Quadruple Sculls crew which claimed a second placed finish in their opening round heat at the World Rowing Junior Championships in Bulgaria this Wednesday.

David Foley, of St Michael's Rowing Club, is a member of the Irish Junior Men's Quadruple Sculls crew which is competing at the prestigious championships in Plovdiv which continue until Sunday.

Drawn in lane four, the Irish crew, featuring 18-year-old Foley, as well as Ronan Gibbon (New Ross Boat Club), Fergus Bryce (Coleraine Grammar School Rowing Club) and Donagh Claffey (Athlone Boat Club) finished in second place in a time of 6.05.44 behind the crew from the Czech Republic which won the heat in 5.58.57.

The Czech crew came out at the start with a 41 stroke rate and looked like they wanted to dominate the heat.

Serbia followed in second with Ireland moving with Serbia. The Czech Republic, who are the reigning World Champions from 2019, won the heat with a tenacious Irish crew finishing second, with Serbia over a second back in third.

The Ireland crew will now compete in Thursday's repechage, looking to secure a place in Saturday's semi-final.

Excitement is building with less than 24 hours till our boy David Foley and his crew take to the water for their first race at the World Rowing Junior Champioships in Bulgaria.
With 22 crews entered this should bring some exciting races. Be sure to tune in folks.#RowingIreland pic.twitter.com/tU6KKgawVp

After missing the 2020 edition, the World Rowing Junior Championships is back for 2021 with the best under-19 rowers from 43 nations heading to Plovdiv.

Continuing until this Sunday, the championships has attracted nearly 600 athletes.

Meanwhile, the Ireland Women’s Quad crew, including Anna Keating of Shannon Rowing Club, won Silver on Saturday and then finished 4th on Sunday at the at the Coupe de la Jeunesse 2021 last weekend in Austria.

Congratulations to Anna from @ShannonRowingCl and her crew for winning Silver at the first day of the @CoupeJeunesse. ☘️☘️ pic.twitter.com/jO5tdte4KK