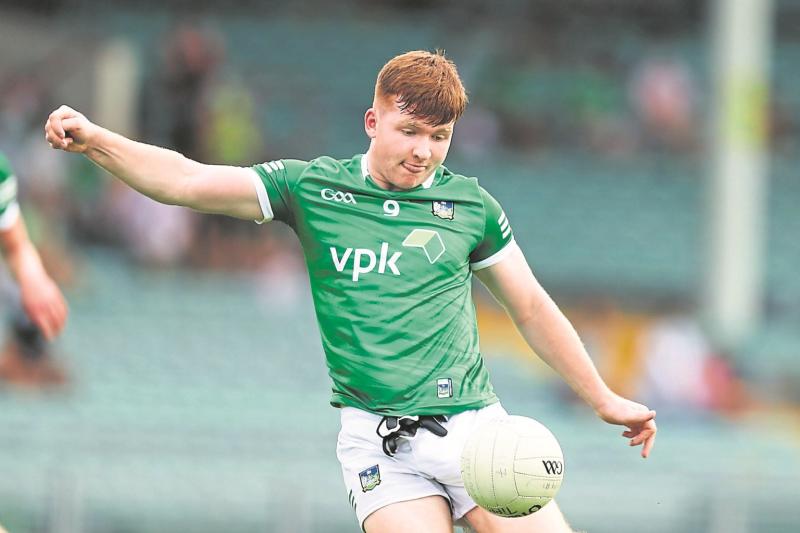 It’s a first final in 23 years for Limerick in this grade.

Standing between Limerick and a historic second ever title are 29-time champions Cork.

The August 11 final has a 7.30 start in a Thurles and will be available to view live on TG4 YouTube.

“The boys are ready for the task that is ahead,” says Limerick minor football manager Kevin Denihan.

”There is no sign of nerves and that is what we have seen all year - they are a carefree kind of bunch,” said the manager ahead of Limerick’s fifth minor final appearance.

"Bringing them back down to earth was first - they were kind of hyper the next night after that Clare game! The next game is always the most important game – we all the time stress next game, next game and this is game no7. Of course we know that players will have it that this is a Munster final in their minds eye and we will do what we can about that,” said the manager, who has coach Andy Lane, selectors David Devane, Gerry Butler and Michael Lenihan, goalkeeping coach Dermot Dineen and S&C coach James O'Leary.

”We have just focused on ourselves as we do for all games. We did a little analysis in training on Sunday about Cork but it mostly about ourselves and even the words Munster final have hardly been mentioned within the group," said the manager.

This evening will be the first ever clash between Limerick and Cork in a minor football final.

The Darragh Murray captained Limerick have beaten Tipperary and Clare to reach the final.

Cork are seeking their first Munster MFC title since 2010 and indeed have only appeared in three finals since that success 11 years ago.

Limerick are looking to secure a famous day for Limerick football with a first crown since 1956.

The winner will be in All-Ireland semi final action on August 21 against the Ulster champions Tyrone or Donegal.