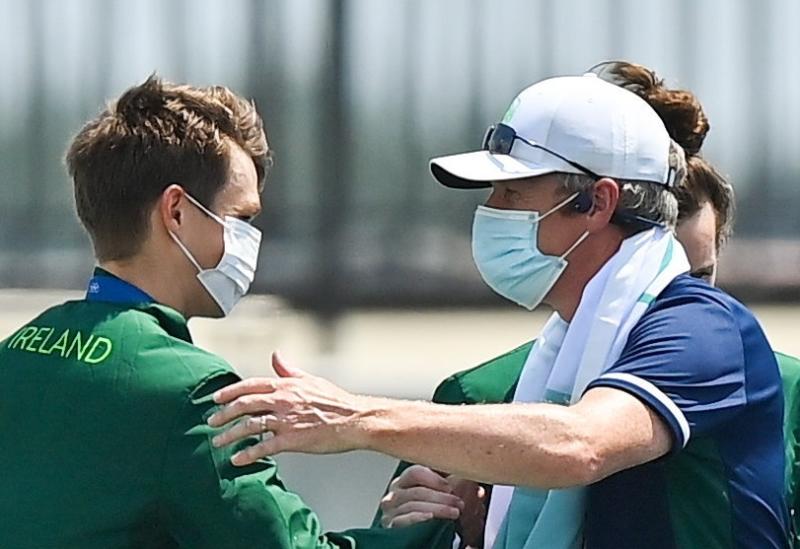 Fintan McCarthy and Paul O?Donovan stormed to gold medal success in the Lightweight Men's Double Sculls at the Tokyo Games, while the quartet of Aifric Keogh, Eimear Lambe, Fiona Murtagh and Emily Hegarty produced a stirring finish to take bronze in the women's four final.

O'Callaghan was an accomplished international rower in his own right and currently works as Head of High Performance in the Sports Department at NUIG.

O'Callaghan, who played GAA with Ahane and attended St Munchin's College, began rowing with Castleconnell Boat Club in the mid-1980s.

He later joined Shannon Rowing Club and went on to win six national senior rowing titles and was a member of the National squad for World championships in 1992 (Montreal), 1993 (Prague) and 1995 (Tampere). His best finish was 9th in ’93.

An honourary life member of Shannon Rowing Club, he has a big collection of medals won at international regattas between 1992 & 1996.

O’Callaghan went to UL as a mature student and graduated with a degree in Sports & Exercise Science in 1998.

Feargal O'Callaghan spent almost two decades working with Munster Rugby from June 1999. He was Head of Age Grade Development at Munster when leaving to join NUIG. In all, the Limerick man spent eight or nine years with the Munster senior team, as well as a number of years with the province's Academy and Age Grade sides.

Luimneach Abu. Great to catch up with my old buddy @GOSofficialpage and @roisinupton last night. Doing Limerick proud. @NaomiCarroll13 snuck in as she teaches my daughter in @GCLuimnigh @SPORTINLIMERICK @TeamIreland pic.twitter.com/FBH1QeADyh