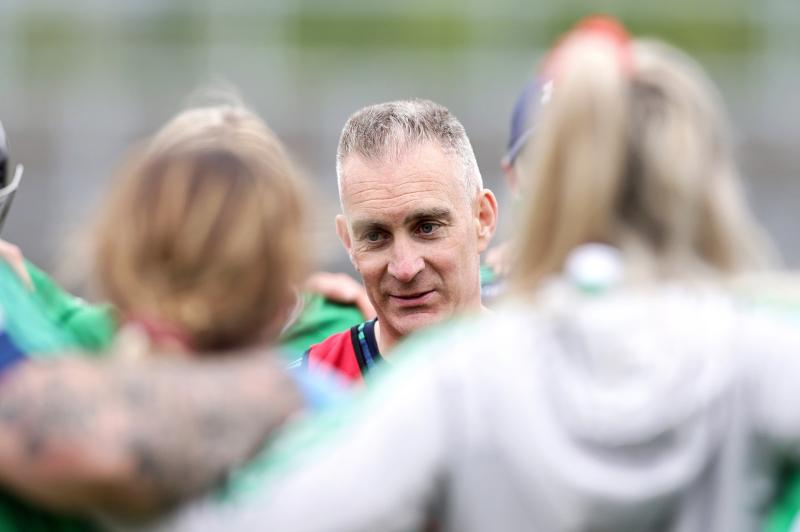 "THE heart and the pride was back today," smiled Limerick camogie manager Pat Ryan after his side defeated Offaly in their third and final group game in the 2021 All Ireland senior championship.

The 0-17 to 2-9 victory ensures Limerick don't get dragged into a relegation play-off.

In injury time, the sides were level for the fifth time but last gasp points from Caoimhe Costelloe and Mairead Ryan ensured the Limerick win.

It's a win that ends a run of eight All Ireland championship games without victory - stretching back to June 2019.

"We are very very happy to come out with the win. We knew it was going to be very hard but you know what we played some great hurling and the heart and the pride was back today," said Pat Ryan, who is in his first season at the helm.

"Maybe if we beat Wexford, who knows what could have happened - no point looking at the past though," said Ryan of the championship, where Limerick lost to Wexford and Tipperary and then beat Offaly.

"We definitely froze against Tipp and Cork," he said of recent weeks when Limerick played Cork in the Munster final and Tipperary in the All Ireland series.

Overall, it's a season in which Limerick played nine competitive games at senior level and won four and lost five.

"It ended up disappointing because we had high hopes after doing so well against Kilkenny and then getting to a Munster final. I think the Cork defeat and the Wexford defeat two weeks in a row and then going into Tipp there as a hangover from it and heads were down and no matter what we did it was very hard," he explained.

"In one way it was positive if you look and see a Munster final and league quarter final - we won a championship match, so look it was a positive year."

For Limerick camogie the year isn't over - the junior side hoping to advance to the knockout stages of the All-Ireland Premier Junior Championship and Pat Ryan is also junior manager.

"Regarding my own future, I don’t know - there is an awful lot of work involved in it. I am still involved in a championship and there is potential there. If we could win that All Ireland junior, at least then there is confidence coming - the six or seven girls that you bring in are winners. These girls (senior) to be fair for the last few years, they are not winning and the heads can be down a bit - they are well able to hurl but maybe the heads, there is a problem there. I think today’s win will help them," said Ryan.

In the win over Offaly, Limerick were 0-13 to 1-5 ahead when Offaly staged a late fightback.

"Goals lift a team and we just couldn’t get a goal ourselves again today - no matter how much as tried. Limerick would be a great team if they could get those three goals - they are doing everything else right, but only to get goals," said Ryan.

"We are just happy to scrap through."

One positive was Limerick's spread of scorers in notching 17-points.

"When you discover a player like Ashling Scanlon - we were giving her five or 10 minutes a match and she answered the calls today. It wasn’t even the three points but it was the ball she was giving into her club-mate Aine Cunningham as well."