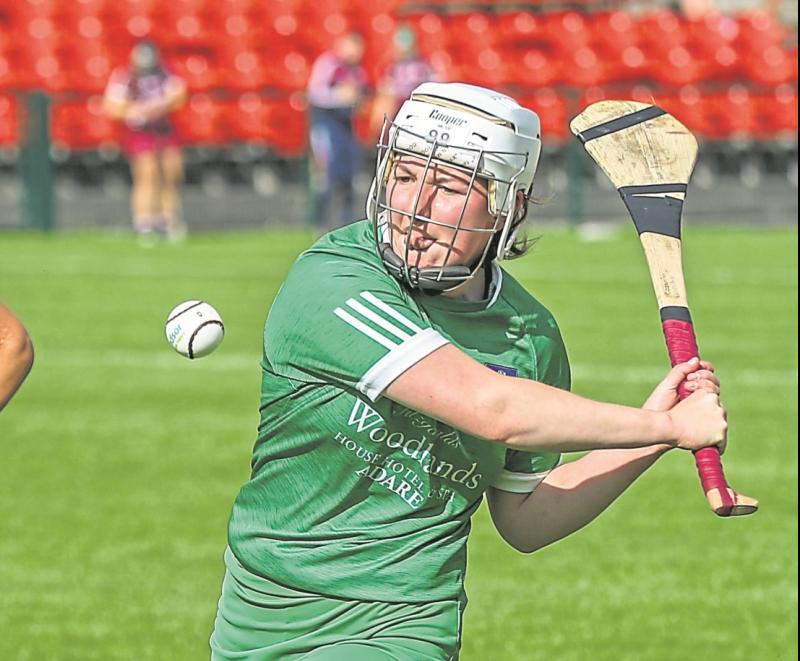 LIMERICK will play in the All Ireland senior camogie championship in 2022.

The Pat Ryan managed Limerick were 0-17 to 2-9 winners over Offaly in Banagher this Saturday afternoon to ensure their senior status for next season.

The game was level for the fifth time in injury time before Caoimhe Costelloe and Mairead Ryan points secured a first championship win of the season for the Limerick seniors.

Limerick's first time ahead was when Caoimhe Costelloe pointed a free in injury time - her fifth pointed free of the game.

The home side Offaly had made all the early running and were three points ahead before Limerick's account was opened in the seventh minute.

By the first half water break on 17-minutes the game was level for the first time, 0-3 each, with a superb Rebecca Delee effort the only Limerick score from play.

In the 24th minute came the first half Offaly goal - Orlagh Kirwan driving a low shot to the net.

Credit Limerick they responded well to lead at the break.

Aine Cunningham and Caoimhe Lyons had fine points from play and the game was level for the third time, 0-7 each, on 29-minutes.

Then Costelloe ensured Limerick were ahead at the break with a late free.

The lead could have been greater - at least three goals chances for Limerick not converted.

In the 19th minute Cunningham was wide after her chance was created by Delee and Sophie O'Callaghan.

Then after the Offaly goal it was the crossbar that denied Limerick when Cunningham has a cracking shot after working possession in from the left wing.

And, just before the interval goalkeeper Eleanor Clendennen denied Limerick - saving from Costelloe.

Nonetheless Limerick did lead at the half time whistle, 0-8 to 1-4, albeit after playing with the aid of a slight breeze.

Limerick remained on top when the second half restarted.

Three points flew over in four minutes - Ashling Scanlon (2) and Caoimhe Lyons on the mark to move Limerick 0-11 to 1-4 ahead.

Offaly sub Siobhan Flannery ended their spell without a score but back came Limerick again and a third point from Scanlon edged the lead out to five points for the first time.

But Offaly were edging their way back.

Very soon they were level - Mairead Teehan with a great individual goal to level the tie for a fourth time, 0-13 to 2-7 and eight minutes to play.

Another Costelloe free had Limerick back in front before both goalkeeper Laura O'Neill and Niamh Ryan saved on the line to deny The Faithful County another goal.

Up the field went Limerick and Lyons added another score to ease some tension.

But Flannery hit back again for Offaly and the game was level 0-15 to 2-9 in injury time.

In the end it was points from Costelloe and Mairead Ryan that sealed the win.