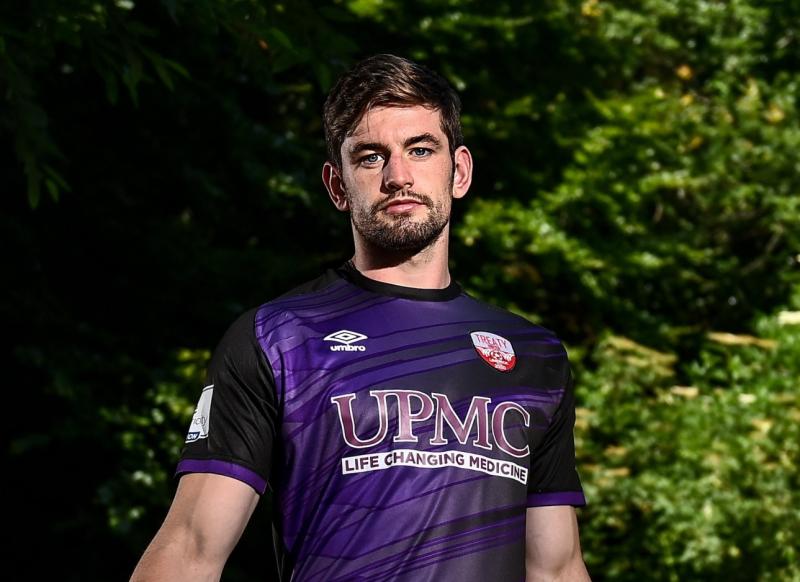 Cappamore man Ryan is one of the A Common Goal ambassadors as part of the exciting initiative.

The programme, which will run to the end of the season, sees six players compete in challenges each month as they take on different green themes and champion the positive action we can all make towards our common goal. Among the themes covered will be Biodiversity, Water Efficiency, Sustainable Transport, and Energy Efficiency.

The sustainability programme is delivered to all league clubs through a purpose-built platform, developed by Enware, that promotes collaboration amongst teams on a range of sustainability initiatives. Players taking part in the programme, and A Common Goal ambassadors, include David Cawley of Sligo Rovers Cork City’s Sarah McKevitt and Tadhg Ryanas well as Keith Buckley of Bohemians, Galway United’s Shauna Fox and UCD’s Jack Keaney.

SSE Airtricity has committed additional funding of €55,000 to support clubs in environmental initiatives offering a grant of €1,000 per club to actively participate in activities, while the club who takes the biggest step will be rewarded with a €25,000 retrofit of its premises to make it more energy efficient and reduce the clubs carbon footprint for years to come.

Leanne Sheill, SSE Airtricity Marketing Manager stated: “The ability of football to inspire communities is something we want to harness to help create positive environmental actions right across Ireland.

"Throughout our 12 years as the leagues’ title sponsor, we have experienced the pride and passion that the football family has in its local communities. Through this initiative, we hope to inspire those communities to join in a common goal of building a greener world.

The sustainability programme is delivered through a bespoke online platform developed by Enware. The platform is the first of its kind globally and has been developed as an online energy and environmental awareness platform.

“Partnering with Enware has allowed us to engage with clubs in a new innovative way and we’re thrilled to be the first company to adopt the platform.  We’re looking forward to seeing our clubs and players embrace greener practices and hopefully this will help bring even more people together to take action”, continued Leanne Sheill.

Welcoming the launch of A Common Goal and SSE Airtricity’s continued support of Irish football, FAI Commercial & Marketing Director Mark Russell said: “SSE Airtricity's partnership with the Football Association of Ireland, continues to raise the bar with innovative programmes such as A Common Goal.

"Their commitment to the environment and other sustainability initiatives in their business is undisputed, so we are really pleased that SSE Airtricity are now bringing this to life through football. SSE Airtricity Premier Division, First Division and Women's National League clubs give back a huge amount to their local communities and that is why this programme works so well.

"We look forward to working with everyone at SSE Airtricity and our clubs on the Common Goal project and I thank them for their ongoing and invaluable support for Irish football.”

Ian O’Driscoll, Enware Business Development Manager noted: “We are delighted to partner with SSE Airtricity on the A Common Goal initiative helping to transform sustainability engagement with League of Ireland clubs through our purpose-built Enware hub.

"It’s been wonderful to work with an organisation like SSE Airtricity who are promoting positive conversation around sustainability and are passionate about involving sustainability and environmental programmes in their sponsorship of Irish football, to try and future proof their energy costs and reduce their CO2 emissions.”

Visit SSE Airtricity’s website here to keep up to date on progress by A Common Goal Ambassadors and follow their sustainability journey.

#ACommonGoal aims to improve the environmental sustainability of the wider community by uniting the clubs, players, and fans of the SSE Airtricity Premier, First and Women’s National Leagues.