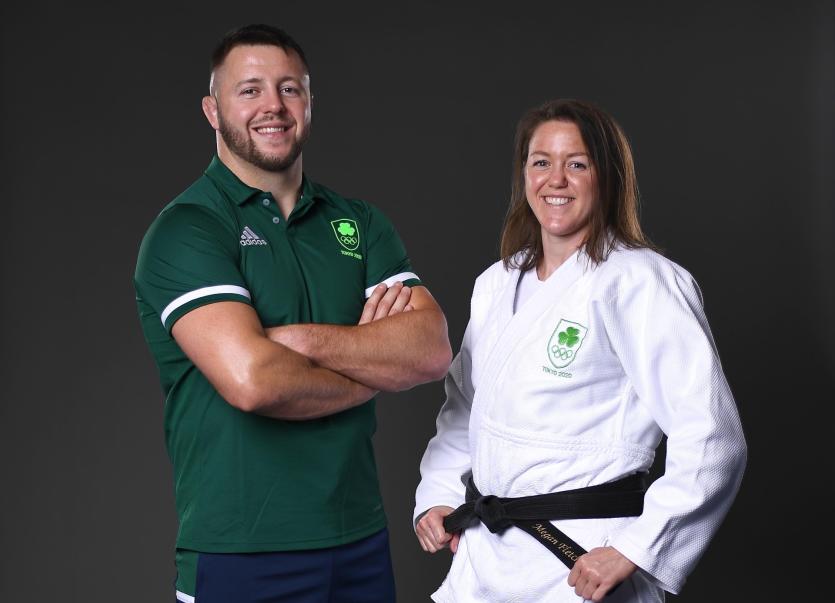 BROTHER and sister Ben and Megan Fletcher have learned their time table for the Judo team at the Olympic Games in Tokyo.

Both will be in action on Sunday July 29 in the Nippon Budokan - an indoor arena located in Chiyoda, Tokyo which was originally built for the judo competition in the 1964 Olympics.

There are 18 men and women in each competition and there will be a knockout draw to produce the two finalists. A separate
‘repechage’ competition provides all the losing quarter and semi-finalists a chance to win one of two bronze medals.

Both Fletcher siblings were born west of London - in Wokingham, Berkshire but qualify for Ireland through their Limerick mother. Alice Mary Keating left Bruff in the 1960s as a seven year old when her family emigrated to Reading. Now 60 years later, her son and daughter flag the Irish and Limerick flag in Tokyo.

29 year old Ben Fletcher is a Rio Olympian, having previously competed for GB when he finished 17th.

He takes part in the 100kg event  and has a world ranking of 21 and an Olympic ranking of 15. He is a former world junior bronze medallist. The multiple Grand Slam and Grand Prix winner has represented Ireland since 2017.

In February 2021 he broke his leg in two places in competition in Israel yet has managed to return in time for his second Olympic Games.

Megan has a world ranking of 20 and an Olympic ranking of 14 for her discipline of 70kg.

This June she fought for a bronze medal at the World Championships in Hungary, the highest level ever by an Irish judoka.

In 2019 she made the podium at the Marrakech, Tel Aviv and Montreal Grand Prix and was seventh at the European Games in Minsk.