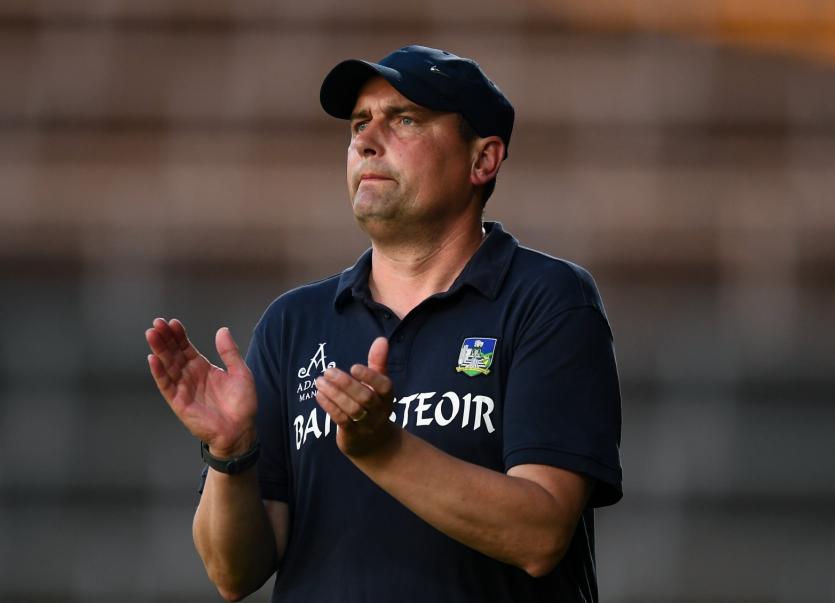 "WE are just happy to have qualified - that was the aim of the game really, just to get through," explained Limerick U20 hurling manager Diarmuid Mullins.

He has just seen his side defeat Clare with 13-points to spare in the Munster semi final.

"When it is your first game out, you are not 100% sure about where the team is. We prepared well but I suppose had issues in terms of preparation - the 2020 minor semi final meant we didn't have those players at our disposal until that game was concluded and obviously the lads have been concentrating on the senior set-up for the Munster final. From that point of view it is always a concern when it is your first night out and you are knitting players in."

He added: "I thought the lads played well but we have room for improvement for next week"

Next up a Wednesday July 28 Munster U20 final against Cork or Tipperary who meet in their semi final this Tuesday evening.

"We are under no illusions that it will be a big challenge next Wednesday night," said Mullins.

"There is good competition for places but we have players coming through the academy and weather they have won a Munster minor medal or not they have been through the system and there is a certain level of fitness and application there and that is a positive."

Mullins also agreed that the U20 players would have benefited from the 'high of seeing Limerick crowned Munster SHC winners 24-hours previous.

"You don’t have to convince Limerick players about whether you should have to go and win games. You have our lads looking at the game yesterday and they see how composed and how Limerick came back into the game and I think work-rate is the crucial thing we need to bring to our game."

"We were determined to work really really hard and then see if we could get a result after that."

He explained: "We got some good scores early on but we probably took a wrong option a couple of times when points were on to keep the scoreboard ticking over. One of the concerns was that we were giving away frees to keep Clare in the game and unnecessarily - I think they had six points at half time and five from placed balls so that is an area we need to tightened up on."

Mullins added: "To go in at half time and to have a little bit of a lead and the way the conditions were in a really hot night was an advantage because it is harder to come back in these conditions - unless you are the senior team!"

The lead was only 0-19 to 0-12 entering the final quarter but then Limerick added the icing to the victory with a run of scores.

"There was a sense towards the end of the game that Clare probably felt after the last water break that they wouldn’t really be able to fight their way back into it and we got some scores there near the end but I think we have good forwards and some lads that came on did fine as well so there is good competition for places and that is the way we want it to be."

Mullins stepped up to the U20 role this season after winning back-to-back Munster minor titles.

Three years ago at minor level, this group were beaten in the Munster MHC final by Tipperary.

"The older lads I wouldn’t have known from minor level. We actually have a young team for U20 - we have 10 that are not on the age. Sometimes that can happen at U20 level but the older lads have been great."