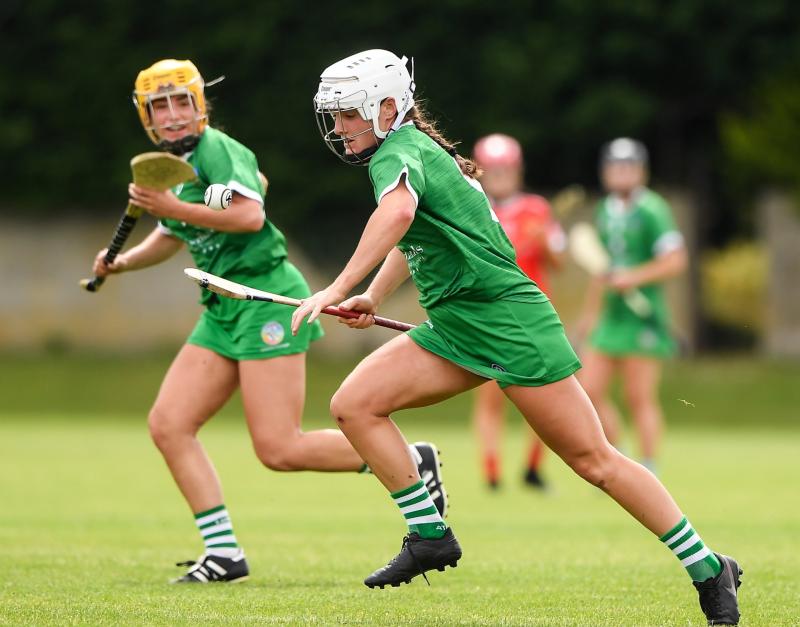 HEARTBREAK for Limerick in round one of the All Ireland Senior Camogie Championship this Saturday.

Wexford scored a last gasp penalty to snatch a 2-12 to 1-13 victory in Newcastle West.

The sides were level on six occasions but three late points looked to have secured the win for Pat Ryan's Limerick.

Then came a Wexford penalty deep into injury time to win it - Chloe Foxe fouled and then scored the penalty.

Limerick hit the front for the first time in the 22nd minute when Caoimhe Lyons found the net for a 1-3 to 0-4 advantage - the Monaleen sweeping a breaking ball to the net after a Caoimhe Costelloe delivery into the goalmouth.

Scores were hard to come by in the early minutes as Wexford led 0-2 to 0-1 with 12-minutes played.

It was the 14th minute when Ellen Roche had the game's first score from play.

A second free from Costelloe left Limerick just one point in arrears at the first half water break, 0-3 to 0-2 on 15-minutes.

Another Costelloe free levelled the game for the third time on the resumption but again Wexford regained the lead.

Then came the Limerick goal.

Wexford replied but points from Costelloe (free) and Rebecca Delee had a goal of a lead for the first time in the 27th minute.

Wexford ended with another free to leave Limerick two points ahead at the break.

After 20-seconds of the second half that lead had changed hands - half time sub Katrina Parrock goaling with a low drive after Orla Sinnott had soloed forward.

The game was still shy of one minute and Rebecca Delee had the tie level for a fourth time with her second point in reply to the goal.

A third from the local star followed in response to another from the visitors.

Then Wexford had a period of dominance with two Foxe points from play moving them 1-9 to 1-7 ahead with 10-minutes gone in the new half.

But the lead could have been greater - Ciara O'Connor had a shot crash off the crossbar and in the 13th minute Laura O'Neill denied Joanne Dillon a goal.

After all that Wexford pressure, Limerick had the game level by the second half water break with points from Costelloe.

So level for a fifth time after 1-9 each in the game's 47th minute.

Limerick then had a spell of dominance with Costelloe and Delee points from play and Limerick were 1-12 to 1-10 ahead and 22-minutes played in the second half.

Foxie hit back with a free to leave one between the teams when midfielder Sinead McNamara eased some pressure with a late point.

Then came the injury time drama - Chloe Foxe driving a penalty low to the net with the last play of the game.