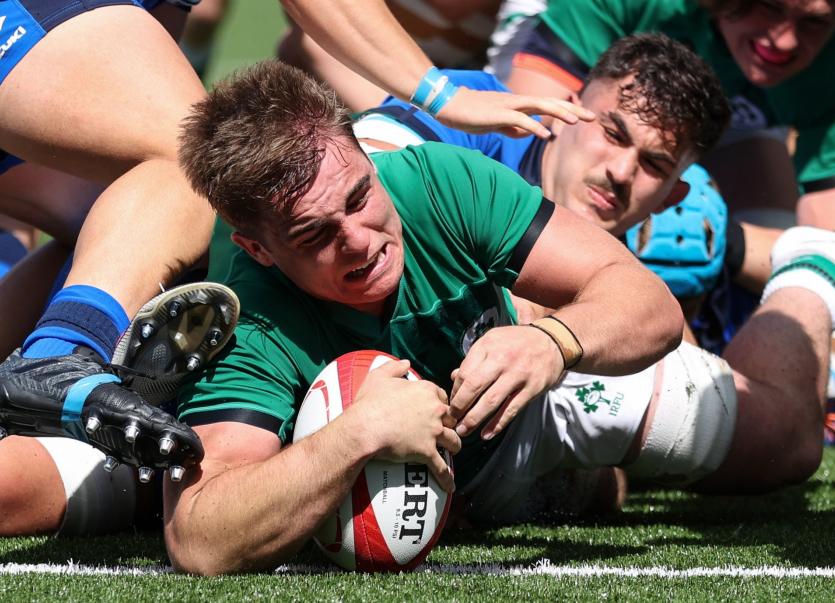 Captain Alex Kendellen, of Munster Rugby, leads the team once again in what will be his fifth start of the Championship as the Munster back row switches back to the number eight position.

Murphy has made seven changes in personnel to his starting XV as Ireland, who sit second behind England in the Six Nations standings, bid to finish the campaign strongly with a fourth win.

Leinster’s Jamie Osborne continues at full-back and is joined in the back three by Ben Moxham and Shane Jennings, while Jude Postlethwaite starts in midfield alongside the returning Cathal Forde.

There is an all-Ulster half-back pairing as Conor McKee and Nathan Doak line out at scrum-half and out-half respectively.

In the pack, Temi Lasisi, Ronan Loughnane and Sam Illo form the front row and Mark Morrissey and Harry Sheridan are named in the second row. Kendellen is joined in the back row by Alex Soroka at blindside flanker and Oisin McCormack at seven.

Commenting ahead of the game, Murphy said: “It has been a long Championship but the group has been able to refocus and reset after last week’s win over Italy and we’re all really looking forward to the last game of the campaign. It has taken a huge effort from everyone involved but we have grown as a squad over the last five weeks and we’re excited to see how we can perform against France.”

Ireland v France is live on RTÉ2 for viewers in the Republic of Ireland.