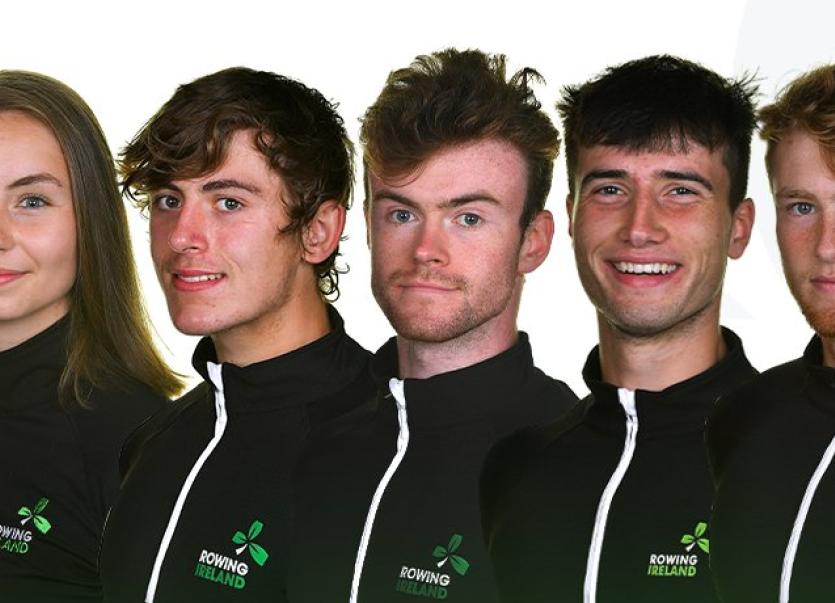 A TALENTED Limerick rower has won a silver medal as part of the Ireland Coxed men's Four crew which claimed a second place finish in their A final at the World Rowing Under 23 Championships in the Czech Republic.

UL student Ryan Spelman, of UL and St Michael's Rowing Clubs, was a key member of the Irish crew which finished second behind Italy in Saturday's final in Racice.

Ireland competed against crews from the USA, Germany, Italy, Nederlands, and France in the U23 World final. They finished with a time of 06:12.84 to take home the silver medal.

Meanwhile, another Limerick rower, UL student Rory O'Neill, of UL and Castleconnell Boat Clubs, was part of the Men's Lightweight Double Sculls crew which competed at the prestigious championships along with Eoin Gaffney of Shandon.

The Irish crew then finished fourth in Sunday's final behind crews from German, France and Belgium. They beat the boats from Poland and Switzerland to secure the fourth-place finish with a time of 06:29.91.

Six Irish boats competed in the World Rowing Under 23 Championships. On top of the Coxed Men’s Four's silver medal success, three crews qualified for an A final and two crews for B Finals on Sunday.

A massive CONGRATULATIONS to Ryan Spelman and his mates Adam, Andrew, Finn and Leah on their brilliant performance yesterday in the final of the U23 World Rowing Championships. Bringing home a well deserved silver medal. pic.twitter.com/ws08ziiPmb

Rowing Ireland’s High-Performance Director, Antonio Maurogiovanni said, “I want to congratulate all of the athletes and coaches on their performances and results in the U23 World Championships this week.

"We had six crews competing this week and out of the six, four reached the A Final and two crews reached the B Final. The Coxed Men’s Four and Men’s Four both won Silver in races with very tough competition.

"Thank you to all the athletes, coaches, clubs, and their families for their commitment and hard work in preparation for the World Championships."