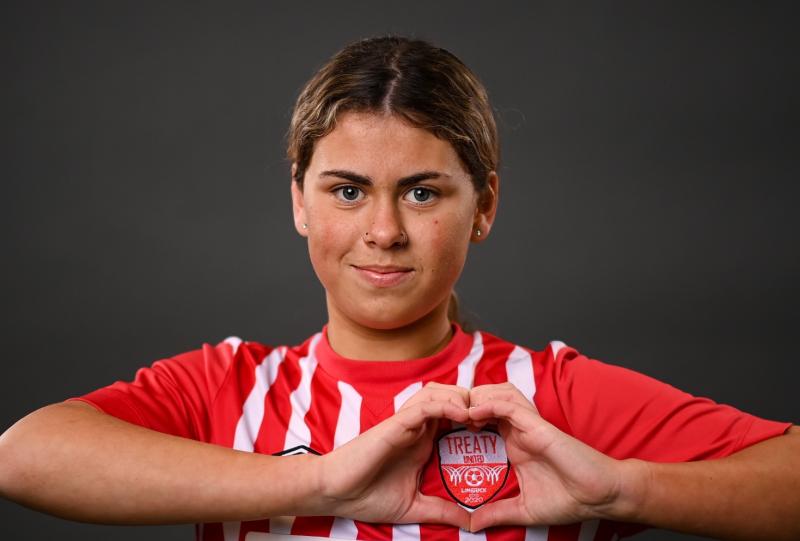 GRITTY Treaty United fought back superbly late on to gain a share of the spoils in a 2-2 draw with Galway WFC in their latest Women's National League fixture played at Jackman Park on Sunday afternoon.

An improving Treaty Utd side are now unbeaten in three of their last four WNL games and that single defeat came deep in stoppage time against Wexford eight days ago.

Two third quarter goals from Galway looked set to proved decisive in deciding the outcome of the game at a sunny Jackman Park on Sunday.

However, a brace of late goals from Gillian Keenan, in the 86th minute, her second goal in as many weeks, and a crucial second from the influential Jenna Slattery in the 89th minute, when she headed the ball past the advancing 'keeper, secured a precious point for Niall Connolly's Treaty United side.

After a scoreless opening 45 minutes, visitors Galway took the lead four minutes into the second period when Lynsey Mackey opened the scoring with a superb finish. Galway WFC then doubled their lead when Meabh De Burca netted the visitors second from the penalty spot.

The drama was far from over, however, as spirited Treaty secured a precious point late on with those two precious late goals.

Next up for Treaty Utd is a meeting with high-flying Peamount Utd in Dublin on Saturday next.