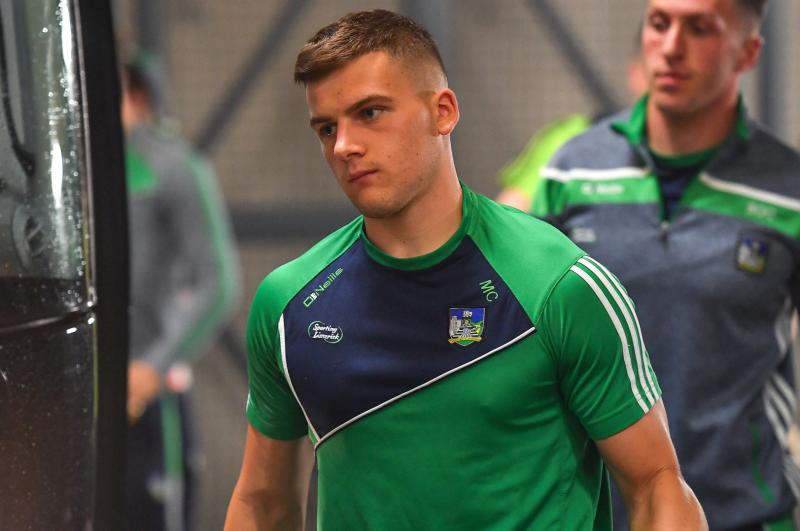 A dependable member of the Limerick full back line since his championship debut in 2017, injury ruled Casey out of all five games as Limerick won All-Ireland SHC honours last December.

Casey was injured in a challenge game between Limerick and Galway on October 11, 2020 and underwent a cruciate ligament operation on his right knee in Dublin's Sports Surgery Clinic in Santry on November 17 last.

This Sunday evening, Casey played with his club side Na Piarsaigh in their 2-18 to 1-17 win over Monaleen in the City Senior Hurling League.

His club and county colleagues David Dempsey and Jerome Boylan also featured in the club game in Caherdavin - a number of the nine players who did not to make the Limerick matchday panel the previous day for the Munster SHC win over Cork were released to play with their clubs over the weekend.

"He will be available for selection after next Tuesday," said Kiely last week.

"He is ready - he will probably need two to three weeks but we are extremely happy where he is at," said the Limerick manager.

"He has worked really hard to get back because it's a real tough journey for fellas with an ACL injury but I knew from the outset that Mike had the mental strength as well as the physical strength so he was always going to be ok," said Kiely.

While the July 18 Munster SHC final against Tipperary might come too soon for Mike Casey to force his way into a matchday panel, Limerick are guaranteed at least one game after the provincial decider. Victory on Sunday week powers Limerick directly into a Saturday, August 7 All-Ireland SHC semi final in Croke Park while defeat means a July 31 quarter final against a team that has progressed via the qualifiers - Galway, Wexford, Waterford, Clare, Cork, Laois or Antrim.