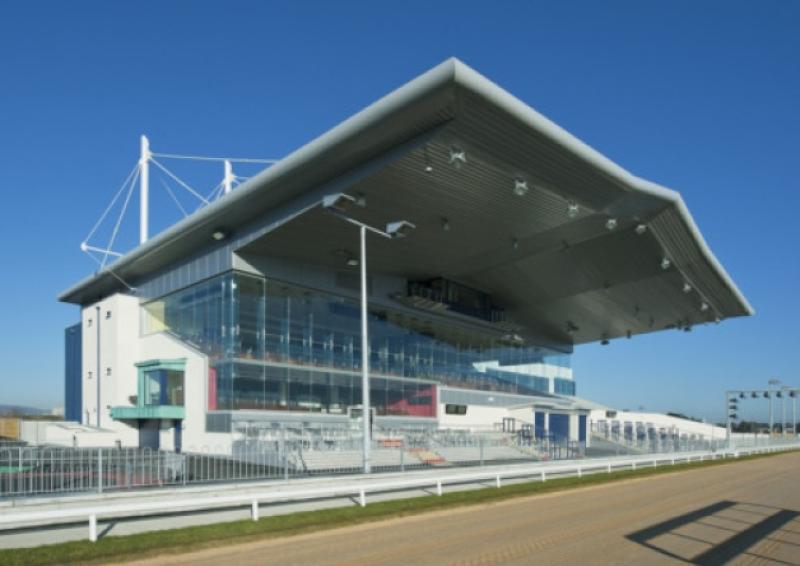 The Leanne Raferty owner runner was 8/1 entering traps but flew home in 18.68 to win the €2000 first prize by a length in the 350. Second was Seomra Nate for Chris Houlihan and owner Patrick O’Connell, while in third was Drahan Jet for Wayne Morris.

Saturday’s card opened with an ON2/N3 525 and was won by Kemboy for Patrick O’Connor and owner Philip Enright. The winner’s time was 29-seconds. Just beaten on the line into second place was Airfield Oscar for Denis O’Malley and Bernadette Walsh.

Varra Tilly won for the Shanakyle syndicate in an A9 525. In 29.57 the winner had two and a half lengths to spare on the line. Second was Monsoon Moon for Donal Cooney.

Patrick Guilfoyle won with Magical Rocket in an ON2 525. The winner had two and a half lengths to spare on the line in a time of 28.67. Second was Dixies Jet for Eileen Kennedy.

Thomas Condon had Anfield Rachel as an A5 525 winner. The winner’s time was 29.03. Three lengths back in second was Whats Up Jack for the OL syndicate.

There was a sprint win for Astra Swift for Paudie Keane and John Stackpoole. The S1 350 was won in 18.96. Just beaten into second was Casteivy Blake for Denis O’Malley and owners Michael and Noel Nash.

Mustang Moll was an A3 525 winner for trainer Patrick Guilfoyle and owners Sean Bourke and Paul Horig. In 28.53 the winner was all of nine and a half lengths clear on the line. Back in second was Tiermana Hayes for Noel Moroney.

Another of the popular local winners on the night was Kathy Scanlon. Her Ballyelan Bingo won an A3 535. In 29.01 the winner won by a length on the line. Second was Vigorous Vincent for Ronny Wuyts.
Same Over Liam won for James and Liam Lowe in an A4 525.

The winner’s time was 29.56. Just beaten on the line was Ballyea Sydney for trainer Tom Flanagan and owner Noel Gavin.

James Kelly won with Gurtnacrehy Dave in a S2 350. The winner had one length to spare on the line with a run of 18.93. Rockalong Kosmos was second for Michael and Donncha McNamara.
Ballintubber King won for Michael O’Regan in an A2 525.

The winning time of 29.69 secured the win on the line. Just beaten into second was Mickinish Flyer for the OL syndicate.
The final race of the night was an A1 525 – won in 28.79 by Ballyea Scrutiny for Tom Flanagan and Noel Gavin. Half a length back in second was Madams Minx for Brenda Peters and Christine Peck.

There was also a 12 race card in Limerick Greyhound Stadium last Thursday. The night opened with an A3 525 – won in 29.07 by Irelands Call for Frank and Michael Browne. Three quarters of a length back in second was Groovy Tommy for Gearoid Kelly.

There was an A1 525 win for Sporry Majestic for trainer John O’Brien and owners Patrick and Ciaran Dillon. The winning time was 28.69. Just beaten into second on the line was Aarons Sensation for the Shanakyle syndicate.

Timothy Keane won with Rallying Puma in an A5 525. The winner had four lengths to spare after a run of 28.99. Second was Boomtown Blitz for PJ Ryan and Amanda Meade.

Sean Roche and Pat Keyes had Ballymartin Mac as an A4 525 winner. In 29.02 the winner had a length and a half to spare on the line. Second was Ballintubber Cain for Michael O’Regan.

Dolla Ranger won for the Mary Ellens Gang syndicate in an A3 525. The time was 29.78. Just pipped on the line was Honeypound Gold for Michael Carmody.

Donal and Gary Cooney won with Boyneside Bobby in an A2 525. The winning margin was two lengths with a time of 28.78. Second was Tyrap Luke for David Carroll.

Adamswood Mac won and A3 525 for Larry Mulcaire. In 29.17 the winner had half a length to spare on the line. Second was Ballymartin Pam for Sean Roche.

There was an A4 525 win for Tom Flanagan with Dromoher Alice. A run of 28.97 secured a length and a half victory. Second was Keeperhill Solly for Barbara Rees Jones.

Crickleowl Bob was an A2 525 winner for Joe Shanahan. The winner had six and a half lengths to spare on the line with a time of 28.93. Tyrap Borris was second for David Carroll.

Mythical Hippy was an A3 525 winner for Tom Flanagan again. The winning time was 29.08. Two and a half lengths back in second was Air Pilot for Eugene Corkery and owner Carmel Hennessy.

There was an A6 525 success for Rachel Wheeler with Moanteen Ticker. In 28.88 the winner had two and a half lengths to spare on the line. Second was Beaming Corporal for Corona Ryan and Christopher Connolly.

An A5 525 was the final race of the night. Adare Maid won for Sean Casey and Robert Frost in 29.46. Four and a half lengths back in second was Tom Bomb for Sean Harnett.