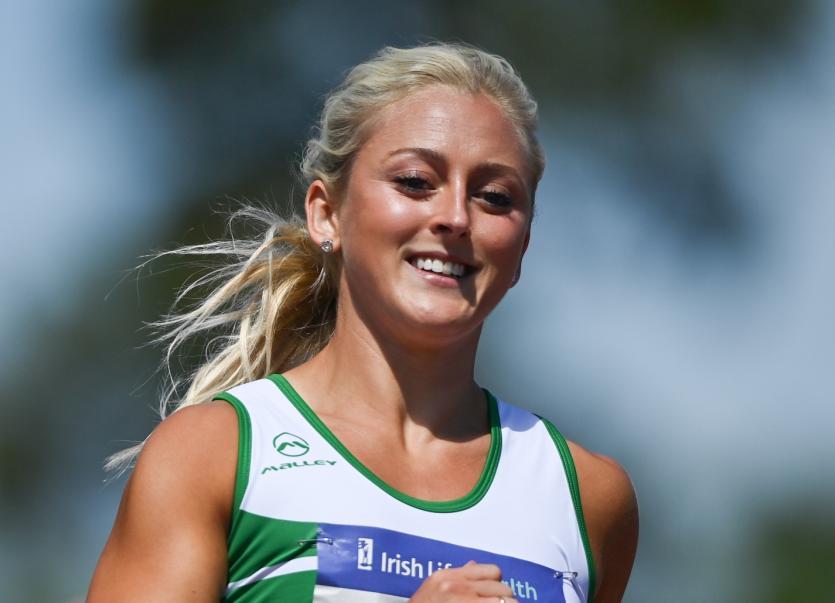 Lisnagry athlete Lavin continued her run of consistent performances with a 13:16 in the 100m Hurdles at the Spitzen Leichtathletik Luzern in Switzerland.

The Limerick woman is now strongly placed to secure her seat on the plane to Toyko.

Lavin's performance in Switzerland capped an excellent few days for the Limerick athlete as she won the women’s 100m hurdles title at the Irish Life Health National senior championships in Morton Stadium Santry on Sunday in 13.17.

The top 40 performers in the women's 100m hurdles are guaranteed to qualify for the upcoming Tokyo Games.

Lavin had taken a giant step towards securing Olympic qualification when producing a stunning performance in Madrid earlier this month.

The twenty seven-year-old broke the 13-second barrier for the first time when coming home second in the women's 100m hurdles at the World Athletics Continental Tour silver meeting in the Spanish capital.

Lavin, who is coached by Noelle Morrissey, cut a full 0.24 seconds off her previous PB as she clocked an impressive 12.95 seconds.

Lavin had clocked 13.20 in her semi-final before producing her breakthrough run to finish second in the final.

Derval O'Rourke was the only Irish woman to have broken 13 seconds.