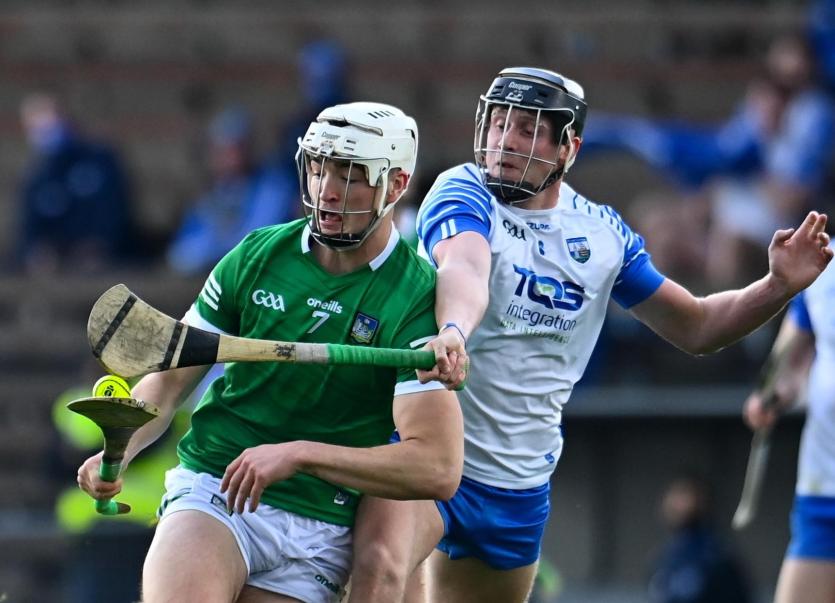 John Kiely’s men now stand two victories away from their first hat-trick of Munster SHC crowns since the men in green dominated Munster from 1933-36.

While Limerick would have a qualifier route to defend their All-Ireland crown, this Saturday evening their Munster SHC title is on the line - last November Limerick put Munster titles back-to-back for the first time since 1980/81 with a 0-25 to 0-21 victory over Waterford.

After successive league titles, this season’s campaign was very different for Limerick - beating Cork four weeks ago on June 5 to ensure they didn’t become the first reigning All-Ireland champion to be winless after four league games since Galway in 1980/81.

The league ended with two wins (Cork and Westmeath), two defeats (Galway and Waterford) and the opening round draw with Tipperary.

Limerick enter this championship with a panel of 35 players and all bar two saw league action across the five games with Richie English the only player to start all games as rotation was very much the policy of John Kiely and management. Fresh faces like Cathal O’Neill, Colin Coughlan, Brian O’Grady, Mark Quinlan, Ronan Connolly and Jerome Boylan all getting starting roles.

Limerick ended a 45 year wait for a Liam MacCarthy Cup success in 2018 and first up to test the champions the following Munster SHC was Cork, who emerged 1-26 to 1-19 winners in the Gaelic Grounds. In 2018 the sides met twice – a draw in Munster and extra time needed for Limerick to progress in the All-Ireland semi final.

Limerick will be setting out in defence of their ninth All-Ireland title and the men from Shannonside are yet to successfully defend the title. 1935 and 1974 is the closest the Treaty County has come to back-to-back titles - losing the final to Kilkenny on each occasion when attempting to retain their crown.

Of course as Limerick set out in the 2021 championship - the 100th anniversary of the 1921 All-Ireland win when Bob McConkey became the first man to lift the Liam MacCarthy Cup, which replaced the Great Southern Cup.

Due to the Civil War, the ‘21 championship was much delayed. Limerick and Cork were the only Munster counties to compete - Limerick crowned Munster champions in May ‘22 in Thurles and it was March ‘23 when they defeated holders Dublin to win what was a third All-Ireland.

That special championship win has been remembered with a special hooped commemoration jersey, which was launched earlier this year and worn in the opening round of the Allianz League.
Victory in Thurles this Saturday propels Limerick into a Sunday July 18 Munster SHC final against Clare or Tipperary.

Defeat sends Limerick into the All-Ireland SHC qualifiers with a game on July 17/18 (Antrim/Laois winner and Waterford will be two of the four teams) or they could get a bye to round two on July 24/25.