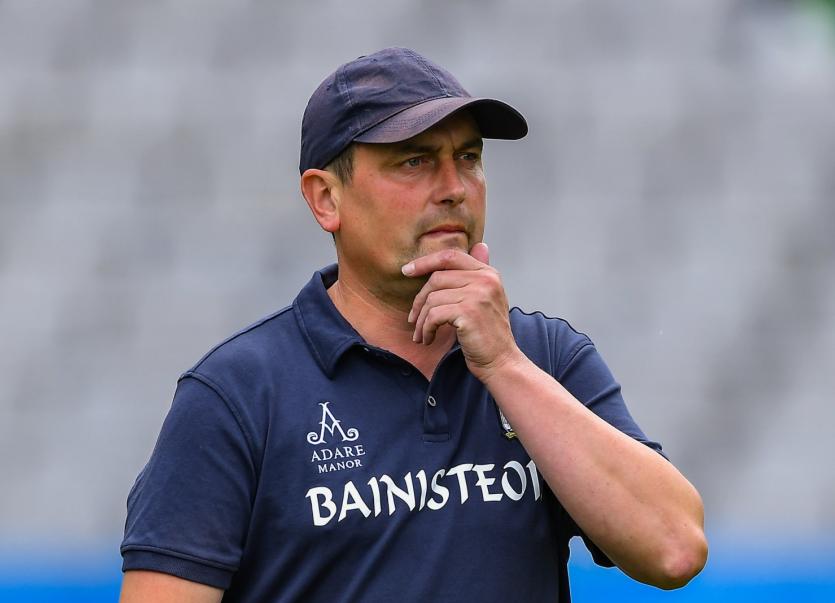 The Covid-19 delayed 2020 All-Ireland MHC semi final against Galway takes place in Ennis at 7.30 and is live on TG4.

Limerick made it back-to-back provincial minor titles on December 20 last when appearing in a seventh final in eight years. They beat Tipperary after extra time to claim a ninth Munster crown – they had beaten Cork in the semi final.

Now Limerick renew rivalries with Galway, who have won the last three All-Ireland MHC titles. It’s a fifth minor meeting since 2013 and Limerick’s only win was in 2014. The last clash of the counties was in 2018 – Galway 1-20 to 0-12 winners in Thurles.

The prize on offer on Friday evening is a place in the July 10/11 All-Ireland final against Offaly or Kilkenny who meet in the Leinster final on Saturday – The Faithful County are managed by Limerick’s own Leo O’Connor.

The Limerick manager is Diarmuid Mullins (Mungret) and he has Andrew O'Shaughnessy (Kilmallock), Tommy Quaid (Effin) and Ger Barry (Killeedy) as his coach-selectors.

The side is captained by Doon’s Adam English with Monaleen’s Ronan Lyons as vice-captain.

Manager Mullins has detailed the 19-month run to Friday’s game.

”We would have met first in October 2019 – we had trials about six weeks after we had lost to Kilkenny in the 2019 All-Ireland semi final. We were fine then up to March 12 and then we had lockdown until August/September when we started to prepare for a game in October but then we had a further lockdown for six weeks until the games in December and then the latest lockdown until we back in April/May.

“It’s great to have the opportunity to play it. We could have lost to Cork in our first day out and never had this issue. We had great momentum built up and then we had three or four months of uncertainly about if the championship would even be finished or not,” said Mullins.

“It feels like the first round of the championship again – it’s six months since we had a competitive game. Galway haven’t played any game at all but they seem to be past maters of getting themselves ready for just one game.

Galway have 10 of last year’s team that won the All-Ireland almost two years ago so they will be strong.”