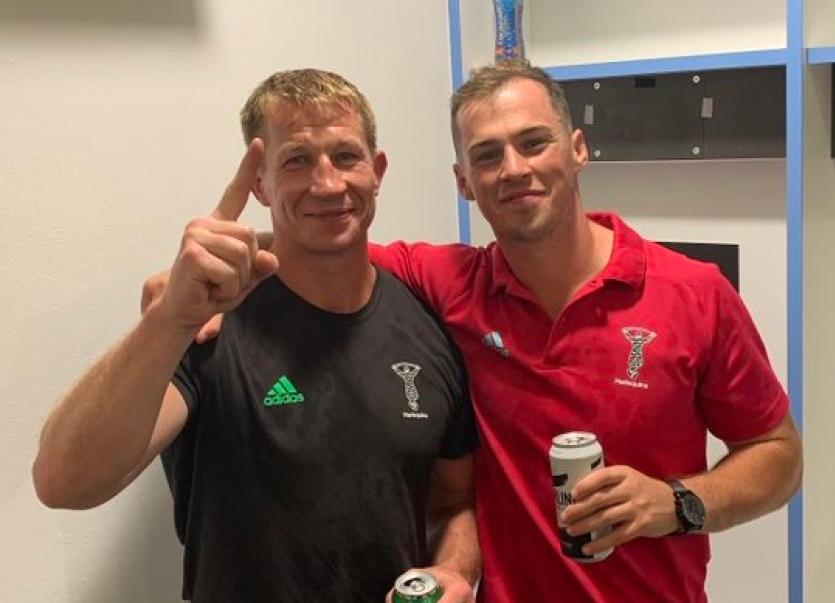 Jerry Flannery played 93 times for Munster and completed five seasons on Munster's coaching ticket after retiring from playing rugby in 2012. The two-time Heineken Cup winner in 2006 and 2008 also won 41 caps for Ireland between 2005 and 2011.

After hanging up his playing boots, Flannery turned his hand to coaching, first as a strength and conditioning coach with Premier League football team Arsenal from 2013-14 before being recruited as Munster’s scrum coach by the late Anthony Foley in 2014, going on to become the Irish province’s forwards coach in 2017 before leaving his former club last year.

Having come back from 28-0 down to beat Premiership table-toppers Bristol in extra time in last week's semi-final, Quins impressed in yesterday's showpiece final at Twickenham as they held off the reigning champions for large parts of the game to write a famous chapter in the London club's history.

Harlequins' route to the final had been a bumpy one - they had registered just two league wins under former coach Paul Gustard when he left in January.

The club was in seventh place in the table, but general manager Billy Millard became the focal point for the team and fellow coaches Jerry Flannery, Nick Evans and Adam Jones stepped up.

The talented half-back joined the Munster Academy in the summer of 2017 and made his Guinness Pro14 debut against Zebre at the Stadio Sergio Lanfranchi in November of that year.