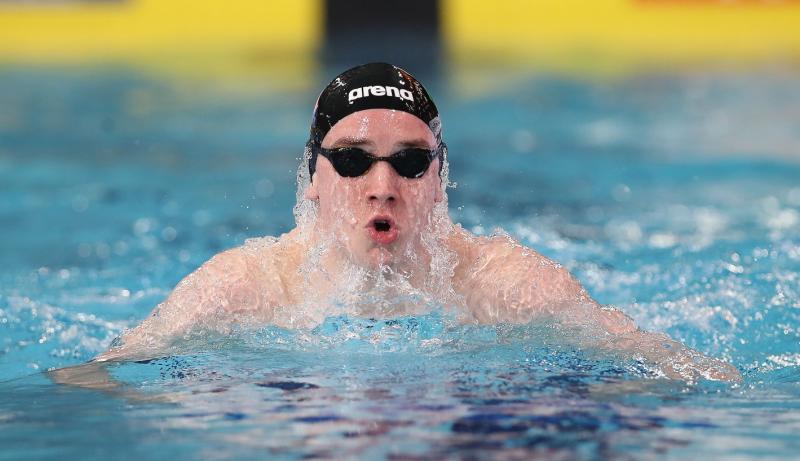 TALENTED Limerick swimmer Eoin Corby will get another opportunity to qualify for this summer's Tokyo Olympics at the upcoming 2021 Swim Ireland Performance Meet which takes place next week.

The event will take place at the Sport Ireland National Aquatic Centre in Dublin from Thursday, June 24 to Saturday, 26, featuring individual Olympic events only, with meet entry times set to allow a similar number of athletes to compete at the event as at the Irish National Team Trials in April.

The focus will be on the 10 athletes who came within 1.5% of a FINA 'A' time in April, including highly-regarded Clarina swimmer Corby.

Corby posted a time of 28.52 in the 50m Breaststroke heats at the recent LEN European Aquatics Championships in Budapest, Hungary last month.

It was 19-year-old Corby’s first appearance at the LEN European Aquatics Championships, having made his senior international debut for Ireland at the European Short Course Championships in December 2019.

Corby personal best for the event is 27.76, which he set in this event at the Irish Winter Meet in Dublin in December.

Corby, who trains at Swim Ireland’s National Centre Limerick, has been focusing on the 100m and 200m Breaststroke, his efforts paying off last month at Irish National Team Trials when he swam 2.10.50 in the 200m – missing the Olympic Consideration Time needed to qualify for Tokyo 2021 by 0.15 seconds.