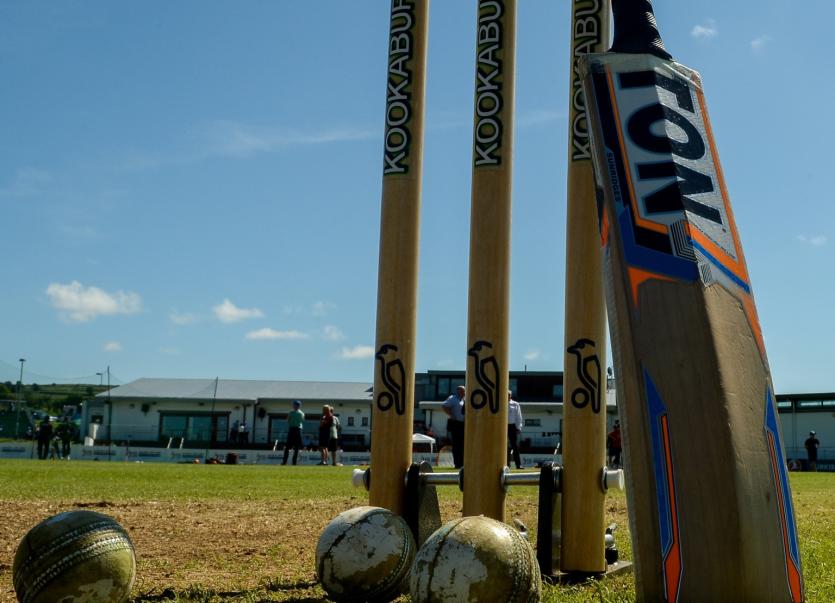 It has been a busy week for Limerick Cricket Club

LIMERICK Cricket Club fell just one win short of a perfect start to the opening weekend of competitive cricket as 45 different players represented the club across their six teams.

With a massive influx in membership, the club decided to enter six teams into the four MCU leagues, the first team in Munster to ever do so, and got off to a flying start in all divisions.

It wasn’t to be for the Limerick 1st XI who went down to Galway in Lycidan on Sunday afternoon. Electing to bat after having won the toss, Arslan Anwar instructed his openers to set a solid foundation for the middle order to capitalise on. The home side had other ideas however, and took a few early scalps to curb any signs of early momentum.

Skipper Arslan Anwar pushed his ways into the 30s as Limerick tried to recover their innings, but the turning point came in the 13th over when Galway took two wickets in two balls as Anwar and Kamal were both dismissed to leave Limerick precariously on 81-5.

Things then went from bad to worse for the away side as a batting collapse became imminent.

Wickets tumbled and Limerick could only muster 110 before the final wicket fell with two overs to go, two overs that would prove vital in the run chase.

Although a valiant effort in the field, Galway could control the game with patient batting, keeping themselves in tact with the run rate with every ball. A 31-run partnership for the final pair got Galway over the line with five wickets to spare.

Ajay Hari continued his fine run of form in his first game as junior captain for LCC, his side brought back full points with a win over Cork County in the Mardyke on Saturday in stunning conditions to get them off to a great start in MCU Division One T20 League.

It was a middle order partnership from Stephen Hackett and Victor Van Der Schyff which propelled the Shannonsider’s cause. The pair made 68 off the final 46 balls of the innings, which included nine boundaries, to bring Limerick to a respectable total of 132-6.

The opening part of the second innings provided a lot of action, with chances for both sides on offer to take a foothold in the game. It was Limerick who continued to take wickets and stem the flow of the home side’s momentum.

Sarfraz Ramay was the culprit in the middle overs with his leg spin proving too difficult to play. He was soon followed by Van Der Schyff whose day wasn’t complete. He would wrap up the County tail with three wickets in the final over to finish off the home side’s day.

The two bowlers would finish with figures of 3-17 and 3-27 respectively as Limerick won by 21 runs to go second in the league.

Elsewhere, there were wins for Limerick in Division Two and Three in some new look sides. Thanushan Rajendrarajah made a half century on debut with a comprehensive 64 away to Cork Harlequins on Saturday.

The 6th XI would go on to make 179 off their 20 overs and followed up strongly with the ball, with wickets being taken by Dave Canning, Khushal Bahremkhel, Moshtaq Safi and 13-year old Dan McCarthy, who finished with figures 1-3 off one over on debut.