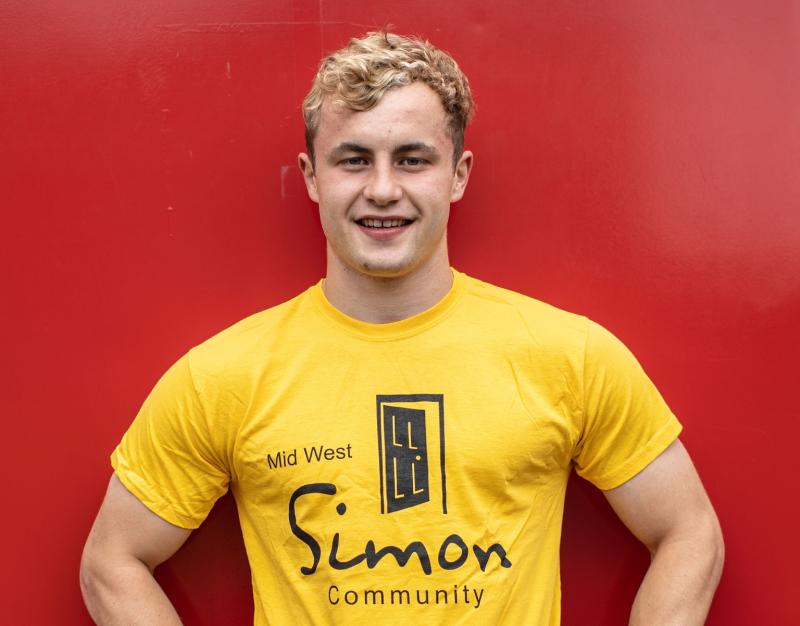 Scrum-half Casey is a highly-rated Munster Rugby player and recently made his Irish debut in the Guinness Six Nations against Italy.

A proud Limerick man, Casey grew up playing rugby with Shannon RFC. Craig’s father Gerard is also actively involved in the community through his role as a Rugby Development Officer for Munster Rugby.

Craig Casey said: “I am delighted to become an Ambassador for Mid West Simon Community. I have been a supporter of the charity for the past number of years, having taken part with players from the Munster Rugby Academy packing food bags for the foodbanks and also taking part in the SOS Sleep Out in Thomond Park.

"Being from Limerick I feel very strongly about homelessness and food poverty in my home town and believe no one should have to struggle to put a meal on the table or a roof over their head.

"I hope to be a support to Mid West Simon, raising awareness of the issues facing so many vulnerable children and adults and will help out in any way I can to support the great work done by Mid West Simon Community throughout the Mid West region.”

CEO of Mid West Simon Community, Ms Jackie Bonfield said: “I am really excited to have Craig Casey as our Ambassador. We are honoured that Craig has made Mid West Simon his charity of choice.

"He is a fantastic young aspiring Irish rugby player, a role model for today’s youth and we are looking forward to working together to raise awareness and much needed funds for projects such as the Social Grocery and Homeless services."