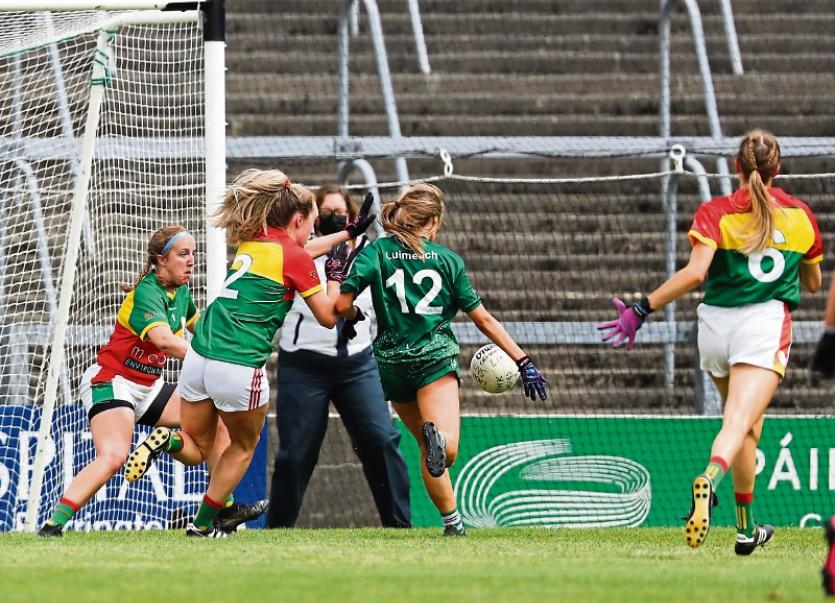 LIMERICK bid to reach a first Ladies Football League final since their title win of 2016 when they meet Leitrim in the Division Four semi final this Sunday at Miltown GAA, Galway at 2pm.

But the Donal Ryan managed Limerick are the outsiders of the quartet.

“We will give it a go because we have nothing to lose,” said Limerick manager Donal Ryan.

“We have nothing to lose and we will be the underdogs going in. They are roaring favourites for this and they are a very strong team.”

Ryan outlined: “Michelle Guckian is an unbelievable forward and they have another girl in midfield who was there the last time Leitrim won an All-Ireland and a girl in corner forward who is a serious speed merchant and an Irish underage international soccer player - a lot to contend with”.

“We played them last year in the league and we were out of it but they were well on top of us.” recalled Ryan.

“We know what we are in for but we are in bonus territory - we are the only junior team left and we are going in against the big boys and those are the ones that we want to be playing.”

Limerick will face the Leitrim full of confidence after defeating Carlow.

“I think it was down to dogged determination - there in the second half we just ground them down,” said the manager.

“We are delighted with the win because that is a good boost for the girls. Last Sunday we didn’t give it our all - we could have won it but for a few mistakes. Maybe the girls went up thinking that Offaly were intermediate and wondered could be beat them but afterwards they realised that they could have. Credit to the girls for this hard fought victory and I am delighted for them.”