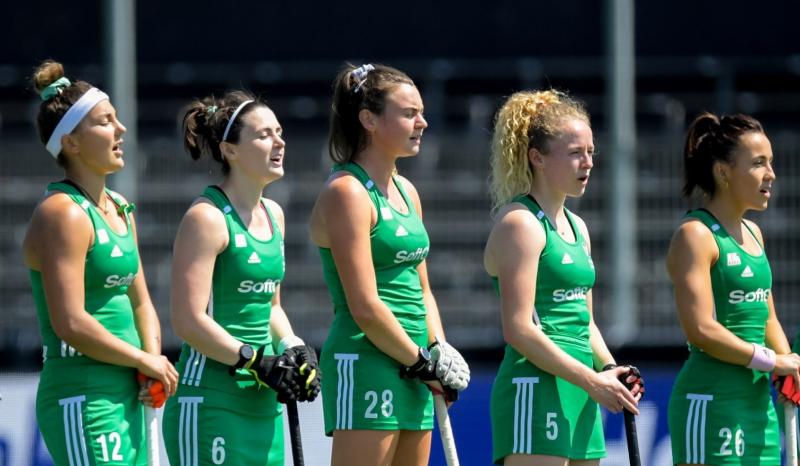 THE Catholic Institute duo of Róisín Upton and Naomi Carroll played crucial roles as the Ireland women's hockey defeated Scotland on Monday to keep their hopes of reaching the semi-final stages of the EuroHockey Championships in the Netherlands alive.

Naomi Carroll's 46th-minute goal proved the difference between the sides as Ireland edged past the Scots in Amsterdam to set up a crunch showdown with Spain on Wednesday where victory would also guarantee a World Cup ticket.

While Cratloe woman Carroll netted the match-winning goal, Limerick woman Upton scooped the Player of the Match award after another excellent display for her country.

Upton was also a key figure in helping Ireland qualify for this summer's Olympic Games in Tokyo.

The Ireland women's side had suffered a 4-0 defeat to tournament hosts, the Netherlands, in their opening pool fixture on Saturday.

Roisin Upton won the first of her close on 80 Ireland caps against Scotland in November 2016. The talented Limerick woman was a key member of the Ireland team which won a silver medal at the 2018 Hockey World Cup in London.

Player of the match Roisín Upton gives her reaction after a hard-fought win over Scotland #RTESport pic.twitter.com/5sTahazf6m

Naomi Carroll is playing her first capped matches since the summer of 2018 at the European Championships, having taken the long road back from an ACL injury sustained while in ladies football action for Clare. Since then, she was part of the rejuvenated Irish indoor hockey side in 2020 before earning her recall to the senior outdoor setup.