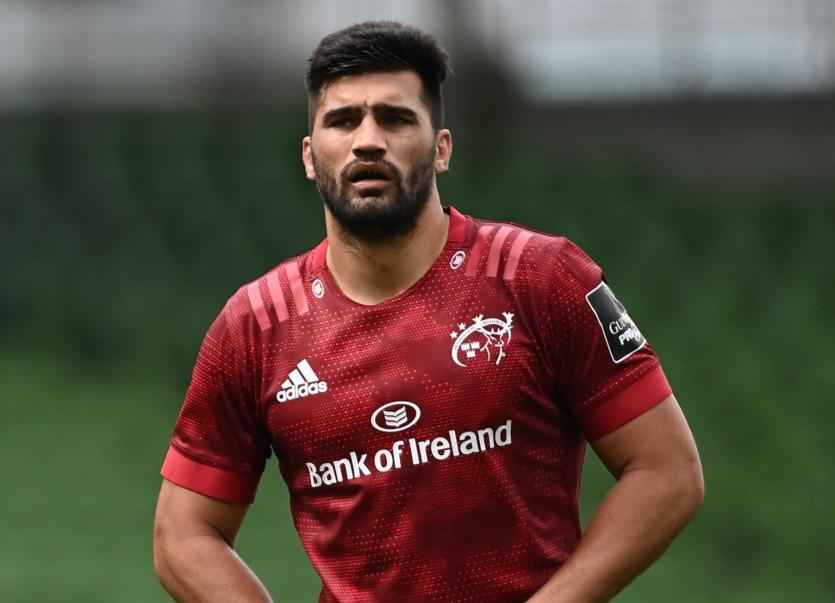 TWO Munster Rugby players have been included in the South African squad to face the British and Irish Lions this summer.

World Cup winners, centre Damian de Allende, and second row RG Snyman, who has been a long-term injury concern for Munster due to a serious knee injury, have been named in the South Africa squad for this summer's eagerly-anticipated Test series.

De Allende has won 47 caps for South Africa to date, scoring six tries, while Snyman has earned 23 caps and scored one try.

The Munster pair were included in a 46-man party by South African head coach Jacques Nienaber, to face Georgia in two warm-up games before the Springboks renew hostilities with the Lions.

The squad will stay together until the game between the British & Irish Lions and South Africa A on July 14, after which numbers will be cut down ahead of the test series.

Former Munster Rugby assistant coach Jacques Nienaber, who will be taking charge of the Springboks for the first time, told South African Rugby's official website: "It is a surreal feeling to name a Springbok squad after such a long absence from international rugby, and the fact that these players will have a chance to measure themselves in such a special tour makes it even more remarkable."

South Africa's Director of rugby Erasmus, who held a similar position with Munster in the past, said: "We have put together a very talented group of players, and we believe the vast experience in the group will complement the exciting bunch of youngsters.

South Africa face Georgia on July 2 and 9 before their triple-header against the Lions on July 24, 31 and August 7.