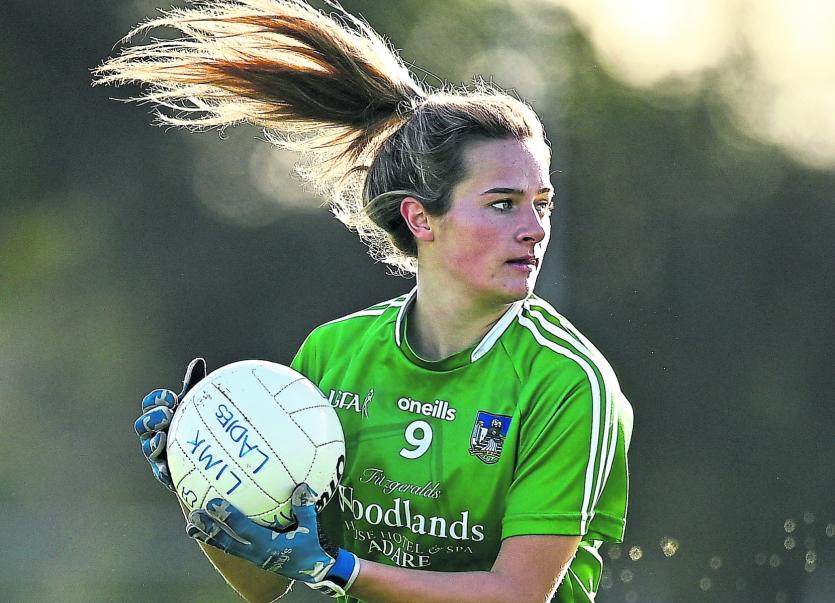 IT’S winner takes all when Limerick and Carlow meet in the final group game in Division 4B of the Lidl Ladies Football League on Sunday.

The all-important tie has a 2pm start in the LIT Gaelic Grounds with a June 12/13 semi final spot on offer – most likely against Leitrim.

A win or draw would return Limerick to the last four for the first time since 2019 – when they lost to Fermanagh.

Both Limerick and Carlow lost to Offaly – Limerick by five points and Carlow by six points.
Recent league meetings would also suggest a titanic battle on Sunday with Carlow victors by one point in each of the last two years.

Back in 2018 Limerick were big winners en route to All-Ireland glory but there has been much change since with just three of that winning team still involved – Kristine Reidy, Roisin Ambrose and Cliodhna Ni Cheallaigh.

“Carlow are a good team and have done a lot of work over the last few years to build themselves up. They were a fine team and managed by a guy called Mark Keating and he has done huge work with Carlow so it won’t be easy,” said Limerick manager Donal Ryan.

He is hoping that his side will benefit from having a game played.

“We played internal games between ourselves but it was very hard to actually get a game. We had one challenge games because the rules only allow one every seven days and we played one on a Tuesday night and were offered one on the following Sunday but we couldn’t play because of the seven days rule and then last weekend because everyone else was playing we couldn’t get a game so it was unfortunate.”

He added: “We have a game under our belt now and we are out again in seven days time so it’s going to be a quick turnaround.”

“They are coming to the LIT Gaelic Grounds and it’s great for us to get in there for the game. There is always room for improvement and we will look at the video but I’m thinking there were a lot of unforced errors – we gave away ball that we conceded scores from. That’s what we are trying to cut out and we will have to try and keep working on things like that because we can’t have the ball and then concede from there – that kills any team.”

One positive from Offaly was Limerick’s return of 2-10 from open play.

“That is something we worked on – scoring from play. We relied on scores from frees last year and in fairness it was Cathy Mee but we had a lot of different scorers today and it was great to see them step up.”