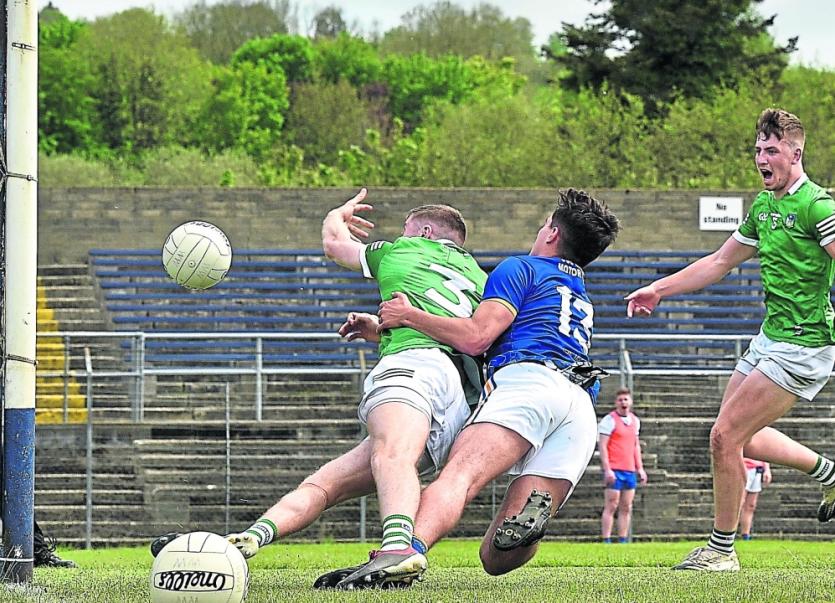 A rare meeting of Limerick and Derry in the semi final of Division Three of the Allianz Football League.

The two counties agreed to a neutral venue rather than a toss for home or away advantage in the Division Three semi final and Croke Park GAA officials have confirmed the fixture for Avant Money Páirc Seán MacDiarmada in Carrick on Shannon on Saturday June 12 at 4pm. The game will be live on GAAGO.

The counties also met in the All-Ireland SFC Qualifiers in 2004 and 2005. Billy Lee was a selector in that Kearns’ management and current selector Seamus O’Donnell was goalkeeper.

It’s the first meeting of the teams since 2019 when Derry were 0-13 to 1-5 winners en route to promotion out of Division Four.

Lee continues to look at the bigger picture.

“It’s about trying to evolve the group for the future as much as the here and now. Thankfully we are now getting a lot of pressure off the bench and there are lads outside the group trying to get in and it’s positive for Limerick football but not easy to go through it. If you are not performing on any given day - you are under pressure and that is what we have been trying to build.”