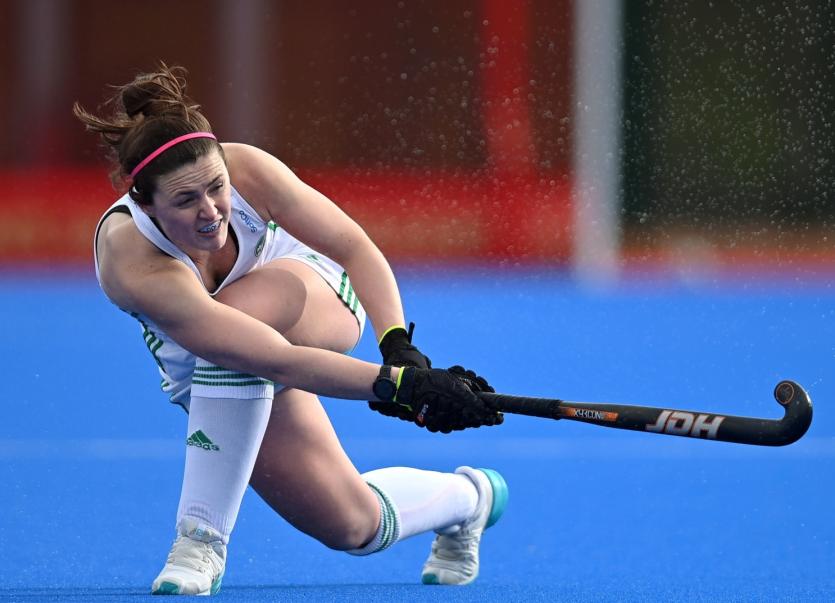 LIMERICK hockey ace Róisín Upton is excited about Ireland's European Championship campaign which begins with a clash against World champions the Netherlands this Saturday.

The Pool A game, which gets underway at 2.30pm at the Wagener Stadium in Amstelveen, will be live on RTE 2 TV and BT Sport.

The European Championships is the first phase of a huge summer for the Ireland women's hockey team that culminates in the Tokyo Olympic Games.

The Euros double up as a key preparation tournament for the Olympics while also providing three potential 2022 World Cup tickets.

Ireland take on world number one side the Netherlands on this Saturday, June 5 in a rematch of the 2018 World Cup final; on Monday next, June 7, Ireland face Scotland before closing out the group stages on Thursday, June 9 against Spain.

Róisín Upton won the first of her 76 Ireland caps against Scotland in November 2016. The talented Limerick woman was a key member of the Ireland team which won a silver medal at the 2018 Hockey World Cup in London.

Upton is one of two Catholic Institute players included in head coach Sean Dancer's 18-strong squad for the European Championships.

Cratloe native Naomi Carroll will play her first capped match since the summer of 2018, having taken the long road back from an ACL injury sustained while in ladies football action for Clare.

Since then, she was part of the rejuvenated Irish indoor hockey side in 2020 before earning her recall to the senior outdoor setup.

For World Cup qualification, Ireland will only be absolutely assured of a ticket if they finish in the top three positions.

Limerick's Catholic Institute is nurturing a growing number of players who come through to play for Ireland. Roisin Begley and Laura Foley are now involved with the Irish Under-21s and Anna Horan is playing in the NCAA finals.