Munster 'A' to face Ireland U20 side on Friday 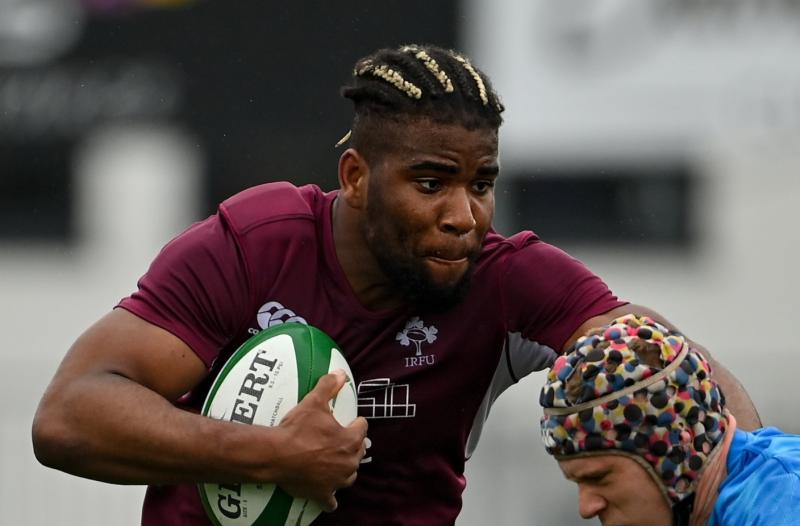 Shannon RFCs Daniel Okeke, of Ireland U20, is tackled by Donal Conroy of Leinster A during Friday's fixture at Energia Park

MUNSTER A will take on the Ireland U20s in a Development match on Friday in Dublin.

The fixture  at the Sport Ireland campus in Dublin on Friday afternoon takes place as Munster Rugby is not involved in Guinness PRO14 Rainbow Cup action this weekend.

Head Coach Richie Murphy and his Assistant Coaches Denis Leamy and Colm Tucker, used 32 players across the 80 minutes, maximising the playing opportunities for all of the extended squad following this week’s five-day camp in Dublin.

The Ireland U20 squad re-assembled today for another week-long camp before Friday's meeting with Munster A.