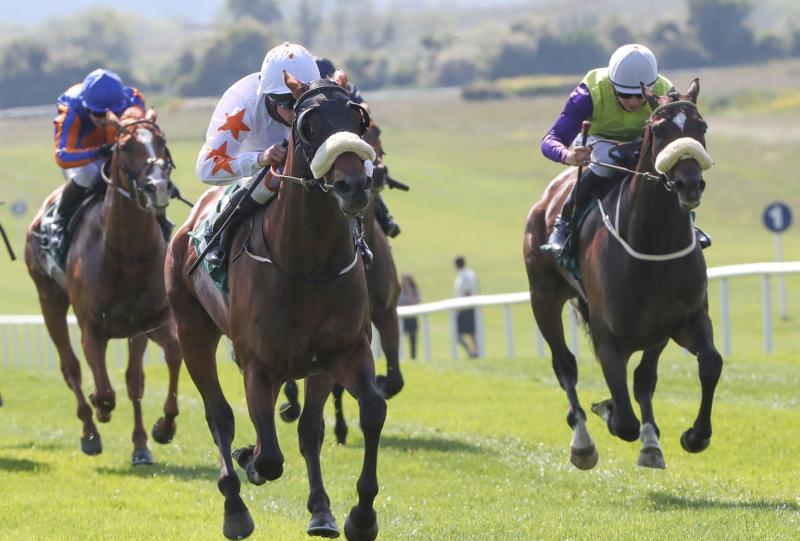 THE Rathkeale father and son team of Eric and Conor McNamara were among the winners at Tipperary on Tuesday last where they landed the second division of the two-mile handicap hurdle with the 14/1 chance My Friend The Wind.

Owned and bred by John Earls, the six-year-old wasn’t great over the final hurdle but rallied well to head the Mark McNiff-trained Fassbender late on for a half a length success with the John Joe Walsh-trained Johanna Yeats only a short-head way in third place.

The winning trainer said, “He was a very backward horse last year and we left him off for three or four months. He seems to have turned the corner since he came back in. He wants better ground and another four furlongs really but I’m delighted as it’s John’s first winner with me.”

At 22/1, Hayes’ mount was the joint-outsider of the nine-runner field but he certainly made a mockery of those odds with a three and a quarter-length success over the Michael Halford-trained Bear Story. The Ulster Derby and the Galway festival will be targets for the winner.

Kilmaley’s Brian McMahon won the two and a half-mile handicap chase at Punchestown on Sunday with Powersbomb, the horse that gave him his first winner as a trainer in 2014.

Now 11 years of age, the veteran was recording his sixth career success and gamely got the better of the Joseph O'Brien-trained Us And Them to score under Phillip Enright.

McMahon said, “John Staunton rides him out every day and had him spot on.

"He said to me yesterday that he’d run a big race even though it looked very competitive for the end of May. Phillip is able to switch him off and save a bit which he needs as he’s not the strongest finisher of all time.

"He came with one run to win which was fabulous. He might have a little break now and come back for Galway.”