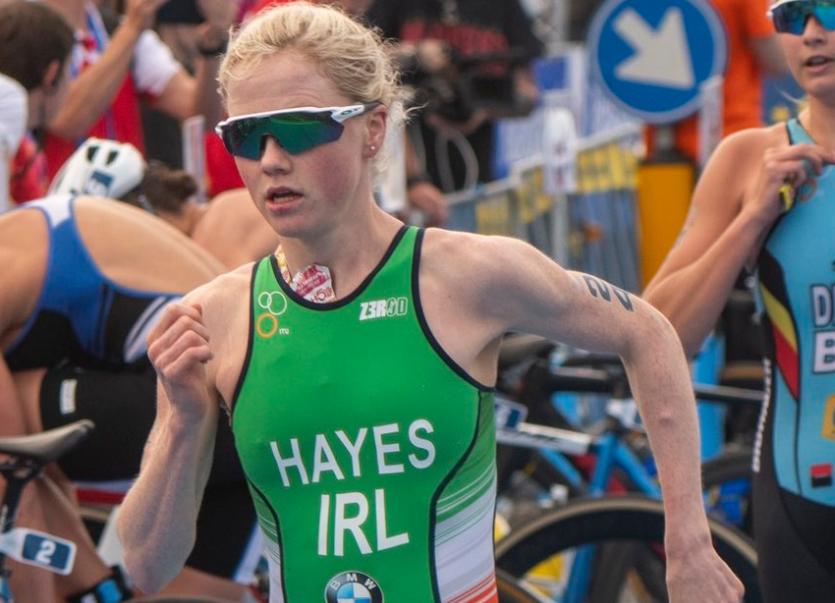 Limerick’s Carolyn Hayes finished second at the World Cup Triathlon in Lisbon to give herself an excellent chance of qualification for the forthcoming Tokyo Olympic games. She is the first Irish podium finisher since 2013. Well done Carolyn.

Well done to Mark Carmody who lowered his 800m pb from 1:58 to 1:54 in the City of Lisburn athletics meet on the Mary Peters track in Belfast on Saturday.

The An Brú duo of Patricia Wade and Úna Power completed the Virtual Glin Duathlon, well done to both.

FIXTURES
The Michal Rejmer 10 Mile Virtual Challenge over the month of May continues in aid of Limerick Suicide Watch.

It is hoped that County Track and Field Championships can be held on the final weekend of June, however this is dependent on Public Health Covid 19 related regulations at the time .

1974 - JUNE
The disappearance in transit of 1000 Pounds worth of rare Stop Watch equipment was causing consternation amongst organisers of the B.L.E National Marathon Championships in Portlaoise.

The Omega watches ‘accurate to a fantastic degree’ formed part of the Omega sponsorship of the event and went missing somewhere between Berne and Zurich.

1977 – OCTOBER
In a time of 2:17:14 Neil Cusack (Limerick AC) was 6th in the Kosice Marathon in Czecheslovakia. Joan Dooley (Presentation School and attached to Glenstal AC) won both the Shot and Discus at the Bavaria Youth International Meet in Trostberg, West Germany.

1990 – MARCH
The Limerick Leader-sponsored ‘Street’s of Limerick’ 10K, attracted athletes from significant clubs across the country. Starting outside the Royal George Hotel it was won by Robert Costello of Limerick AC in a time of 30:09.

The run was in aid of an Ultrasound Scan for the Regional Maternity Hospital and 5000 Pounds had been raised at time of print.

People were being asked to hand in their sponsorship cards. The race attracted a ‘political field’ including MEP’s Paddy Lane and John Cushnahen plus Jim Kemmy TD and Councillor Jan O’Sullivan. According to race Chairman Paddy O’Connell 323 completed the road race and another 300 were walkers.