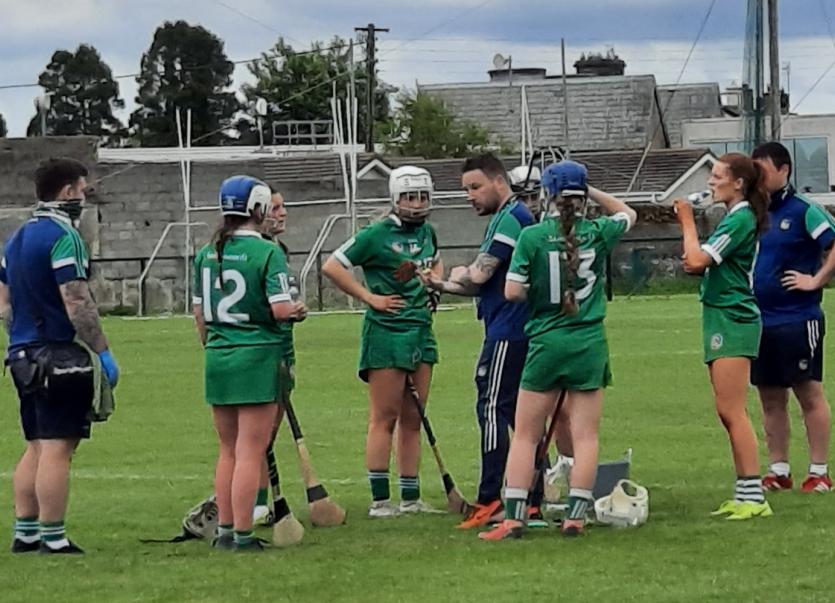 LIMERICK junior camogie side powered their way into the knock-out stages in Division 3 of the Littlewoods Ireland National Camogie Leaguer after securing a convincing 1-10 to 0-5 victory over Waterford in Kilmallock on Saturday afternoon.

A combination of an opening round win over Clare, followed by a draw with Carlow last weekend and today's eight point success over Waterford sees Limerick junior side progress to next month's semi-finals in Division 3.

Limerick were full value for their win here, making a blistering start to the game as Michelle Curtin set up Valerie Shanahan for a superbly taken goal inside the opening 30 seconds.

A point soon afterwards from Elanna Mulcahy, of Killeedy, had Limerick four points to the good.

The home side were dominating possession through the opening quarter, their hurling crisp and assured. That was up until the scoring zone, however, as Limerick failed to convert a number of really well-worked openings. On more than one occasion, the ball dropped short into the grateful hand of the impressive Waterford goalkeeper.

Despite being the better side by some way, Limerick's lead was just three points at the first water break, 1-1 to 0-1.

The home side had strectched a further point clear, 1-4 to 0-3, at the mid-way point in the game.

Templeglantine's Stephanie Wolfe, with a terrific effort from play, and two pointed frees from sharpshooter Enya Harrington, of Na Piarsaigh, maintained the Limerick lead at 1-3 to 0-3, before the hugely influential Ailbhe Larkin, of Mungret-St Paul's raised a further white flag for the home side from Valerie Shanahan's pass.

A fourth Harrington free had Limerick five points to the good, before the home side conceded a penalty. However, Ciara Jackman's powerful effort flew over the crossbar.

Harrington struck over a 37th minute free after the tireless Grace Lee was fouled, to put five points between the sides, 1-6 to 0-4.

However, the home side showed terrific resolve in the face of that setback. They limited their opponents to just one further point and tagged on four of their own.

The excellent Shauna Cunningham landed the pick of those scores as she powered upfield before firing over superbly just before the water-break.

Limerick had the game in safe-keeping now and two further pointed frees from the ever dependable Harrington added to their victory margin.