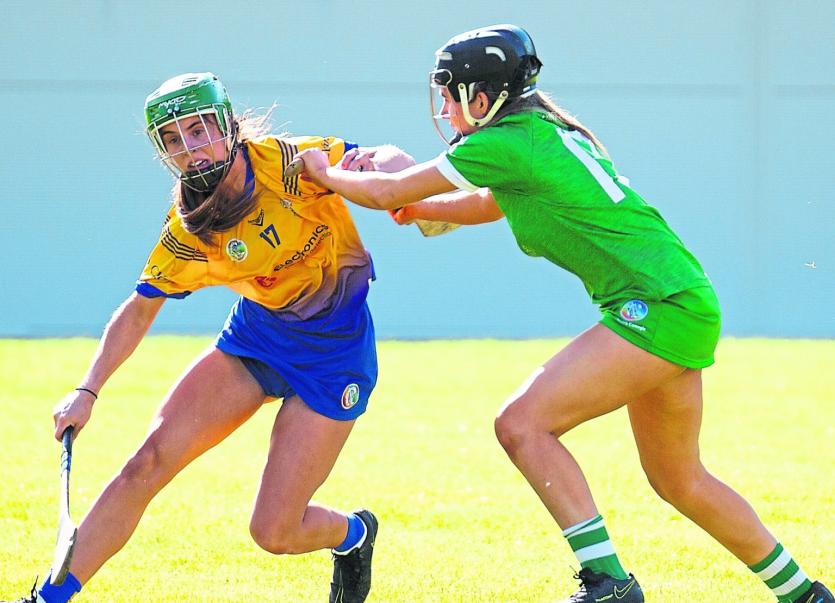 LIMERICK senior and junior camogie sides are involved in group fixtures in the Littlewoods Camogie League this Saturday at Kilmallock.

The Limerick junior side, who have recorded a win and a draw in their opening two fixtures, host Waterford in a crucial Division 3, Group 2 fixture at Kilmallock. Throw-in time 1.30pm.

Limerick secured an exciting draw 1-16 to 3-10 with Carlow at Netwatch Dr Cullen Park last weekend following their opening weekend victory over Clare on a 2-16 to 2-10 scoreline. Limerick will be hoping to secure a place in the knock-out stages of the Division 3 league with a win this Saturday.

The Limerick senior camogie side, who have already qualified for the knock-out stages in Division 1 of the league, host Galway, who have also secured their place in the next phase of the league, at Kilmallock on Saturday at 4.30pm.

Limerick manager Pat Ryan is looking forward to this Saturday's Group 1 meeting with Galway. The Connacht side defeated Clare 3-11 to 0-15 in their opening group fixture to secure their progression to the next phase of the competition.

Pat Ryan said: “Next weekend against Galway will be a step up, they are probably the best team in the country on their day. I'm looking forward to it now.

“The girls threw off the shackles today against Clare and let's hopes they do it again next week.”