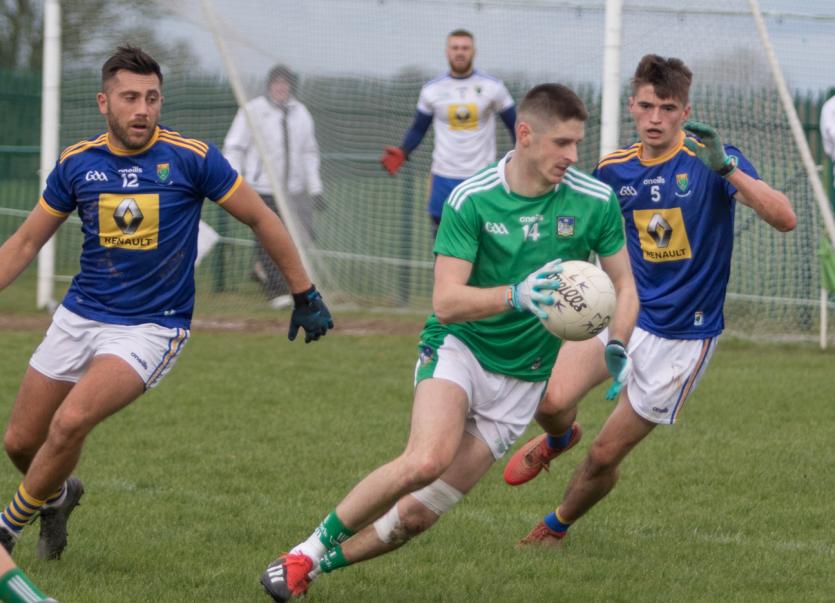 AHEAD of this weekend about the only certainty is that the Limerick footballers will be due back in action on the weekend of June 12/13.

All is to play for – the top two teams in each group will advance to the semi finals with the bottom two teams into relegation play-offs, the losing side from each play-off relegated down to Division Four.

Such is the tight nature of Limerick’s group that Billy Lee’s side could win and still end up in relegation trouble or indeed they could lose and still reach the semi finals.

The knockout phase is set for June 12/13 where Limerick will play Derry, Fermanagh, Cavan or Longford.

At present, Offaly have a scoring different of +6, Tipperary +1 and Wicklow -7, while Limerick's is at 0.

Best for Limerick to try keep all within their own destiny and win in Aughrim.

“They will be formidable - everyone knows that when you got to Aughrim, no matter what county you are, that they will put it up to you and you better be ready,” said Limerick manager Billy Lee.

Both Limerick and Wicklow were promoted up from Division Four last season.

Limerick defeated The Garden County 5-10 to 1-14 in Mick Neville Park enroute to the league title but in general games between these counties are tit-for-tat.

It’s 2002 since Limerick last won in Aughrim – a day when Billy Lee was a selector under a Liam Kearns-managed side that had a landmark win over Kerry a few weeks previous. Back in 2010 Limerick managed a draw away to Wicklow but in the last visit east in 2019 the home side were winners.

“We got to make sure we recover. At this level they are no gimmes.If we look back to last year and us getting over the line by a point in matches in Division Four,” said Billy Lee of the tight nature of the league.

In the win over Tipperary and loss to Offaly, Limerick have used 24 players out of their 38-man panel. James Naughton, Killian Ryan, Colm McSweeney, Padraig Scanlon and Padraig de Brun are among those yet to see action.

The Munster SFC quarter final against Waterford is set for June 26.