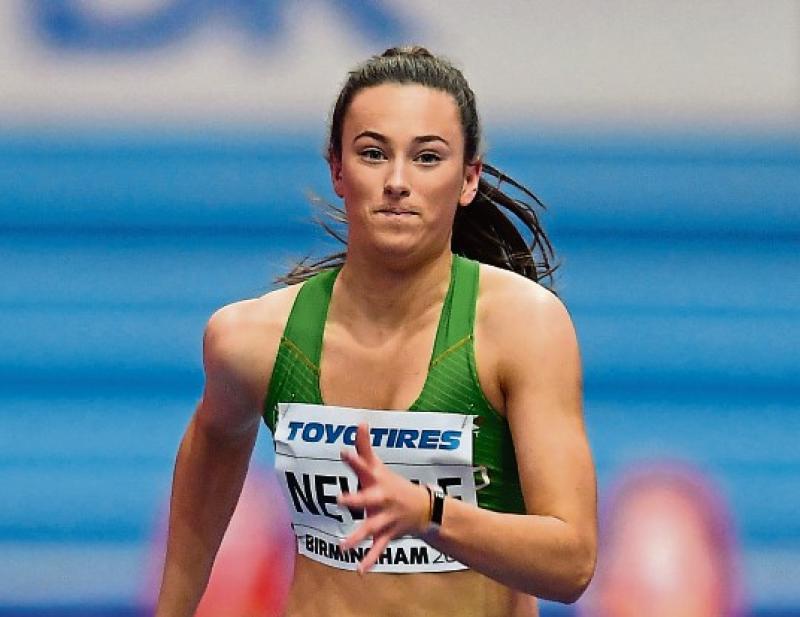 LIMERICK athlete Ciara Neville has opened her outdoor season with a hugely impressive display in Spain.

Emerald AC athlete Neville impressively qualified for the 100m final in second place at a breezy Meeting Andujar on Saturday.

The Monaleen athlete then went on to clock 11.52, her fastest ever season opener, to take third place in the final later that evening.

UL student Neville's personal best time for 60m indoors is 7.30. It is also the joint second fastest 60m ever ran by an Irishwoman.

Former Castletroy College student Neville clocked 7.37 again in her European Indoors Championship semi-final in March to claim a seventh-placed finish, but miss out in a place in the final.