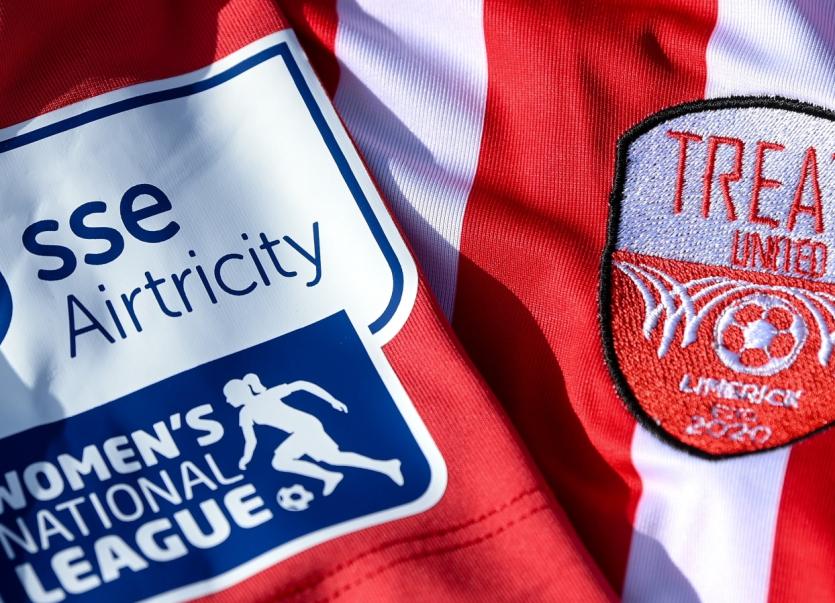 RESILIENT Treaty United picked up their first win in the Women's National League this season when securing a deserved 3-2 victory over Cork City at Turners Cross this Saturday.

A brace of goals from the impressive Rebecca Horgan and a stunning goal from Gillian Keenan helped Treaty United collect all three points in the final fixture in the first series of WNL games.

The result also sees Treaty United move off bottom place in the league table where they are now replaced by Cork.

Treaty's win was a bit more comfortable than the final scoreline might suggest as Cork's second goal, scored by Becky Cassin, only arrived in the 94th minute.

Visitors Treaty, who had taken just one point from their previous six league outings this season, hit the front after 15 minutes, in their first league outing for two weeks.

Aoife Horgan set up her sister Rebecca whose powerful strike from the edge of the penalty area ultimately beat Cork City 'keeper McCarthy who did get a hand to the ball but couldn't keep it out.

The Treaty Utd advantage lasted until the half hour mark when Cork City equalised with a spectacular strike from Sarah McKevitt, which sailed into the top right corner from twenty five yards out.

To their credit, Treaty responded impressively to that body blow. Jenna Slattery saw her fantastic free-kick end up in the net, only for the goal to be ruled out because it was an indirect set-piece.

But Treaty would simply not be denied and scored a second goal in the 35th minute. Goalkeeper Michaela Mitchell provided the assist as her lengthy kick out put Rebecca Horgan in the clear in behind the Cork defence and she produced a composed finish, dispatching the ball to the net beyond the advancing 'keeper.

Niall Connolly's Treaty side deservedly maintained their 2-1 advantage until half-time.

Mid-way through the second half, Treaty United added a third goal. This was a stunning solo effort from Gillinan Keenan who gathered possession just inside the Cork half, shrugged off two defeinders and then fired an exquisite finish high into the top right corner of the net.

It was a goal worthy of winning any league game.

With the game deep in added time, Cork grabbed a late consolation goal through a Becky Cassin penalty.

Indeed, second-from-bottom Treaty, who are level on points with Bohemians, are just three points off fifth-placed Galway United in the table.

Next up for Treaty United is a meeting with DLR Waves at Jackman Park on Sunday next, May 30 at 2pm.