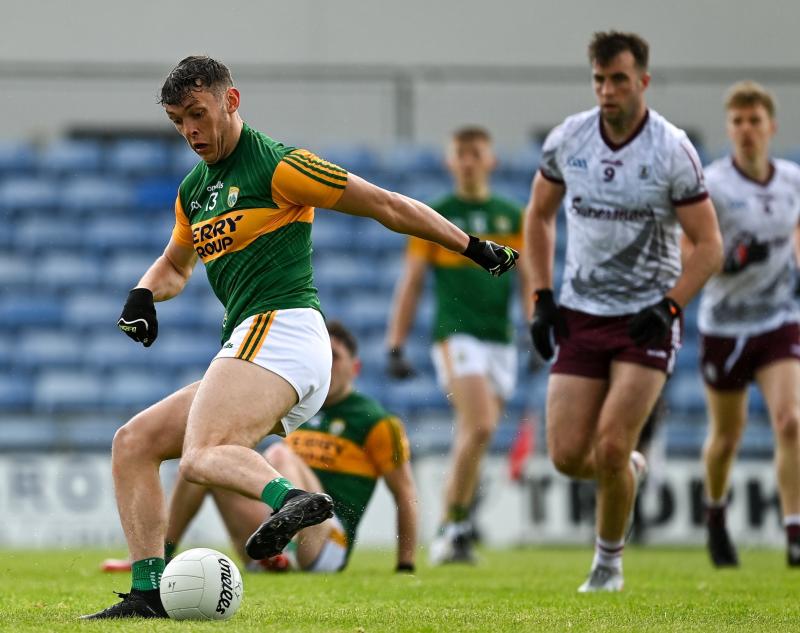 I HAVE to admit that I chuckled to myself when David Clifford netted his sublime third goal for Kerry in last Saturday's Allianz Football League Division 1 fixture with Galway.

Watching the game as a neutral, I wasn't chuckling at Galway's plight as home side Kerry pulled further clear.

No, it had to do with being involved in helping coach under-age Gaelic football over a number of years.

You see I could hear the words ringing in my ears as I watched Clifford produce a sublime dragback of the football on the ground, sending a defender and goalkeeper in the wrong direction, before neatly sidefooting the ball into the empty net.

And the words I was hearing? “Will you put your foot under that ball, it's not soccer we are playing.”

Now, I'm not suggesting that David Clifford did anything wrong with his sublime dragback, far from it, but how many times have you seen a talented soccer player try and bring his association football skills out in a Gaelic football match and the move breakdown when jabbing the ball up into his hand would have paid far greater rewards.

Clifford's audacious piece of skill is exactly what makes young boys and girls fall in love with sport.

The problem is that in many cases the players' instinct to even try something like that is coached out of the player before they might reach adult sport. It has to do with the fear of making a mistake.

Adults very often don't encourage players with that bit of natural flair to demonstrate it. And the player becomes paralysed by that fear of making a mistake.

You see us adults, when push comes to shove in selecting a team or making substitutions in a game, are more likely to pick the solid, predictable player ahead of the mercurial talent.

With the solid, predictable player you know exactly what you are going to get. That player is unlikely to produce a stunning individual play that is likely to win the game, but you can depend on him/her to turn in a 7/10 performance.

Us adults think that while the naturally gifted player has the ability to turn the game in our favour, he/she is also likely to give the ball away and we can't be having that!

However, if coaches could just open their minds a bit more and look at the bigger, long-term picture.

Encouraging natural talent and flair is a duty for adults coaching children. If they make a mistake trying an audacious piece of skill, so be it. So please don't coach the life out of that talented individual!