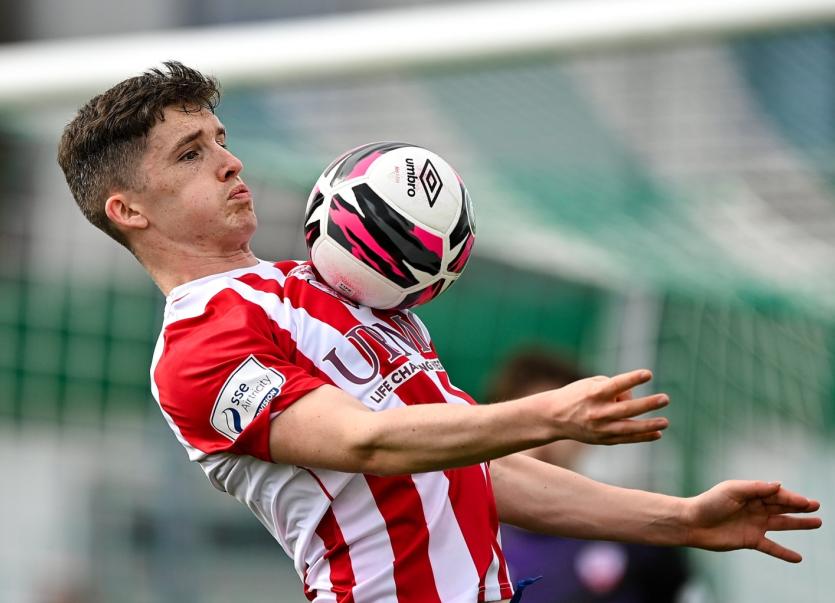 TREATY United suffered their second defeat of the SSE Airtricity League First Division season when going down 1-2 to Cabinteely at Stradbrook on Friday night.

Tommy Barrett's Treaty side trailed 1-0 at half-time on their third trip to Dublin in four weeks as Kieran Marty Waters scored for Cabo' on the stroke of half-time.

However, resilient Treaty hit back four minutes after the restart when Sean McSweeney netted his third league goal of the season to bring the sides level.

Parity didn't last long however, as Vilius Labutis popped up with what turned out to be the winning goal when heading home for Cabinteely in the 51st minute.

It was a frustrating way for Treaty to complete the first series of fixtures in the First Division. The visitors will be disappointed with the nature of the goals conceded and also that the visitors failed to reach the impressive level of performance displayed in the earlier games in their inaugural league campaign.

Next up for Treaty Utd, who also lost out to UCD on a previous trip to Dublin, is a home fixture against Bray Wanerers at the Markets Field next Friday night, 7.45pm.

Prior to securing the three points on offer on Friday night, Cabinteely had lost 3-0 to Bray on their previous league outing.

For the first time this season, Treaty United named the same starting XI from the side which defeated Athlone Town seven days earlier for the game with Cabinteely.

On the substitutes' bench, Adam Foley did replace the injured William Armshaw.

The first real chance of the game arrived in the 12th minute for the home side, but Kieran Marty Waters' effort flashed past Tadhg Ryan's left hand upright.

Treaty had a major let-off in the 15th minute when Alex Aspil broke forward and his excellent strike from distance came crashing back off the crossbar.

Treaty Utd's first decent opportunity of the game arrived in the 33rd minute when Kieran Hanlon pounced on a mistake in the Cabinteely defence. However, the striker's effort on goal flew high and wide.

After some near built up play four minutes before half-time, Hanlon created an opening for himself, but the striker's well struck effort from outside the box flashed just wide.

Treaty United were left stunned just before half-time when Kieran Marty Waters put the home side in front. Vilius Labutis flicked on a goal kick from Ben Clark and the alert Waters pounced on the ball, rounding Tadhg Ryan before flicking the ball home for his first goal of the season.

Treaty Utd drew level four minutes into the second half. Jack Lynch played the ball wide to Edward McCarthy on the right. McCarthy's cross was only parried by Cabo's substitute goalkeeper Harry Halwax and the in-rushing Sean McSweeney found the net via a deflection.

Treaty were only on level terms for just over a minute, however. Jordan Payne broke in behind the Treaty defence and fired goalwards with Tadhg Ryan parrying the effort against the woodwork. The ball broke out to the alert Vilius Labutis who headed home from close range.

To their credit, Treaty battled bravely in search of an equaliser. Just after the hour mark, Jack Lynch powered a great header goalwards from a Fleming free, but the effort on goal was saved by Cabo's substitute goalkeeper.

Treaty Utd made four second half changes in all, with Adam Foley coming on to make his debut for the Limerick-based side.

The visitors pressed hard to gain an equaliser, but were ultimately unable to find one.