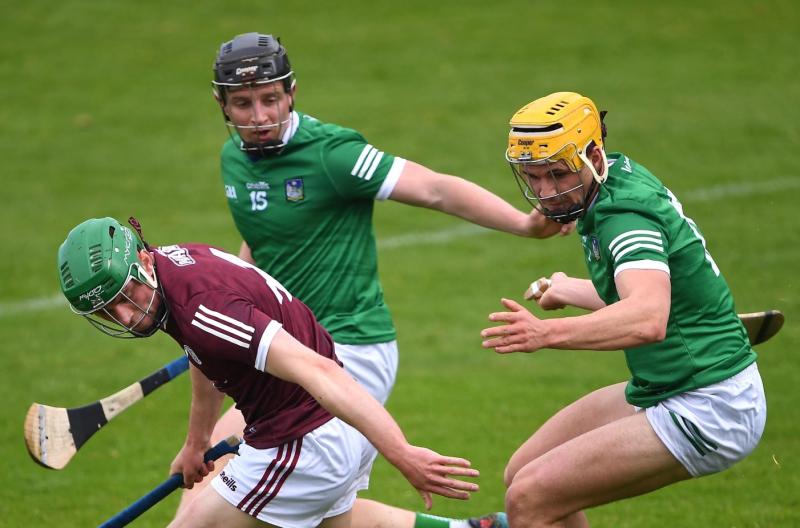 AFTER waiting four months into the new year for the first sliothar to be pucked in anger, what a shame that the opening two weekends of the Allianz Hurling League have been surrounded by angst over the playing rules.

Supporter: “Ref has ruined the game, stop-start, the game has being dead from start.”

Manager: “Somebody has decided to take the tackle out of the game and I would love to know who they are and when it was decided.”

Referee: “Teams need to remember the tackle is only shoulder-to-shoulder and that’s not to mention the use of the spare hand or even the standard of hand-passing.”

But quite clearly something is off because what I have witnessed hasn’t been enjoyable to watch.
Perhaps a longer pre-season was needed, with a few challenge games for players, managements and referees to ease into the new campaign.

If the Covid-19 world has taught us anything it’s the importance of communication – lack of communication can lead to confusion and mistrust. And, that exactly what we have for inter-county hurling at present.

Something needs to change and not for the first time John Kiely could be the one to lead the way.
Last year the Limerick hurling manager led the fight to get all panel members into GAA stadia for championship matches and eventually he was backed by some of his fellow inter-county managers.

Last Sunday, Kiely again put his head above the water and called for clarity on the current hurling rules.

Making such a call off the back of a defeat won’t rest easy with all, but Kiely is well aware that time is running out as round three of the five game Allianz Hurling League takes place this weekend and the championship is merely weeks away.

For me, it all hinges on clarity – not a word used by John Kiely, but a very important word amid the current uncertainty.

“Somebody has decided to take the tackle out of the game and I would love to know who they are and when it was decided?” pleaded a frustrated Kiely in Galway last Sunday.

So where does the problem lie? It’s a shared problem – just as frustrating for players, managers, spectators and referees alike.

My understanding is that there is no major change to the hurling rules. Motions 20 and 21 at Annual Congress in February dealt with playing rules but their wording offers nothing that should end up with the spectacles we have seen across the last two weekends.

So then, there is interpretation – it does appear that referees have maybe been encouraged to award the free more often than allowing the full five seconds of advantage. The end result of that interpretation of the advantage rule would be more frees and less physicality.

The game of hurling thrives on physicality – to be honest, without physicality hurling is a totally different sport and not one that anyone associated with the game should want.
The solution involves honest and clear communication.

For starters, it's strange that most inter-county set-ups now have a variety of coaches, dietitians, psychologists and medical staff, but how many would have had a referee into their set-up to advise on adherence with the playing rules?

Hand-passing, the use of the spare hand and a proper shoulder-to-shoulder challenge all issues of concern that could be addressed.

Then there are the referees. Surely there can be a mechanism for a spokesperson to outline publicly what they want from the game. If nothing else it would make for a nice television segment for a referee to explain the rights and wrongs and at least educate the armchair viewer if nothing else.

All is not lost but clarity is needed from all involved and lets hope it’s sooner rather than later before the great game of hurling becomes as sanitised as our hands.