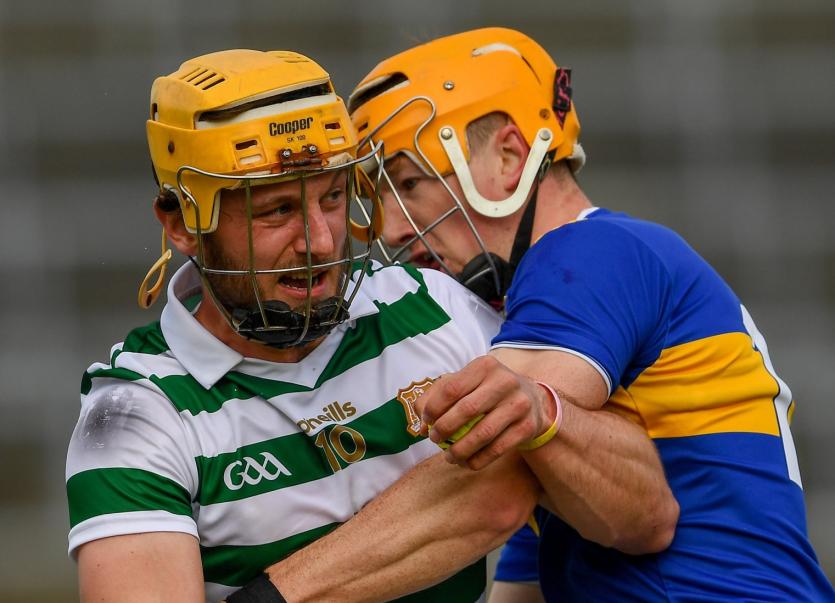 PATIENCE it appears will be the name of the game for the 2021 Allianz Hurling League.

I don’t like the phase ‘shadow boxing’ and I certainly have never met a hurler that went out onto the field of play in competitive action with the intention to under perform or hold something back.

But this 2021 league will be different to all others so results alone won’t tell the whole story as teams pass through the five rounds of action.

Counties will mix and match their respective line-ups to give as much game time as possible to their panel without overloading or undercooking any individual.

In the past John Kiely’s Limerick have proved to be very adept at rotating during the varying leagues and indeed the group stages of the Munster SHC.

So basically, I don't expect Limerick or, for that matter most teams, to hit the ground running or be at full tilt in the Allianz Hurling League.

There will be counties where confidence is low and they may look for a winning run to boost morale but that should not be an issue for Limerick.

To be fair to John Kiely, Paul Kinnerk and gang they have always help the Allianz League in good stead and like I said they won’t go out to lose any game but I don’t expect to see too many full strength line-ups.

Limerick are working with a 38-man panel at present – Mike Casey not a league option due to his recovery from a cruciate ligament injury. Just 22 of that panel have started a senior inter-county championship game with another four that also have championship minutes under their belt.

That leaves 12 players who haven’t played senior championship hurling and most have yet to be involved in a championship matchday squad – a lot of learning and experience yet to be garnered by this dozen and I expect to see them get league minutes in the coming weeks. Indeed three saw action against Tipperary last Saturday.

Nine of the 2020 All-Ireland SHC final team started against Tipperary. I expect 8-11 of the team will feature in most games with the remainder interchanging. With an option of seven substitutions it also affords management the chance to see more players.

So let's not get bogged down on results for Limerick in the coming weeks. I for one will be happy with a progression of green shoots from game to game. They were understandably rusty against Tipperary but it was very pleasing to see their desire for a positive result when Liam Sheedy’s men looked to have built a five points lead just after the mid-point of the second half.

Limerick battled gamely and the arrival of key substitutes provided a fresh final quarter impetus.
Expect more of the same this Sunday when Na Piarsaigh duo Shane O’Neill and John Fitzgerald welcome Limerick to Pearse Stadium in Salthill for round two.

It will be a first Limerick visit to the Galway venue since March 11 in 2018 when Limerick recovered from an eight point half time deficit to seal promotion from Division 1B of the Allianz Hurling League after eight years outside of the top flight.

That Galway team were reigning All-Ireland champions and there is no doubting the significance of the victory in propelling Limerick to two All-Ireland, two Munster and two league titles since that 2-18 to 1-19 victory.

This Sunday it will be Galway that will be keen to lay down a maker – Limerick winning the last four encounters between the teams. The men in maroon had a straight forward win over Westmeath last Saturday and with Joe Canning and Daithi Burke available for Sunday, Limerick will be well tested.

“​The attitude really was the big question today, I think they passed that test” said John Kiely after the draw with Tipperary extended Limerick’s unbeaten run to 14 games.

More of same on Sunday will do nicely as Limerick build towards what matters most in 2021 – the championship.