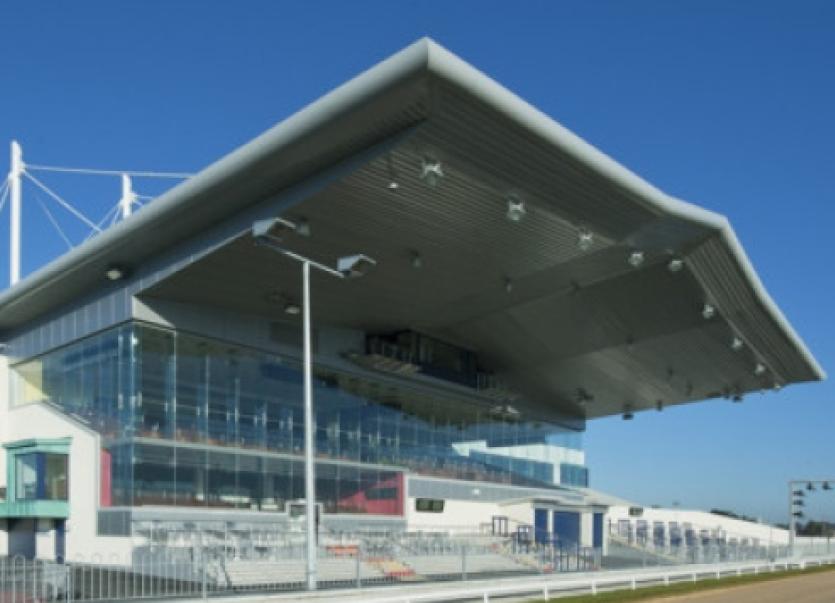 THE final of the SIS Limerick Oaks takes place in Limerick Greyhound Stadium this Saturday night.
€3500 is on offer to the winner of the 525 event that has captured the headlines in recent weeks since the Con and Annie Kirby Memorial.

In this final it would appear there are three stand out performances – the unbeaten Scooby Princess and Azzabi, along with Ballymac Orna.

In last weekend’s semi finals The Jennifer O’Donnell trained Scooby Princess stepped things up a notch with a blistering time of 28.13, a career best in the Limerick track.

There is no doubting that this daughter of Ballymac Eske – Mountaylor Queen, has been in serious form lately with Saturday’s night’s performance her third win on the bounce.

Scooby Princess is now the biggest loser in the market with BoyleSports cutting her odds into Evens from 9/4 to take home the €3,500 next weekend.

Long Isabelle finished second in the heat won by Scooby Princess with her chances trimmed into 16/1 from 33/1. This lightly raced lady has just two wins on her card but ran her best race to date to finish six lengths behind Scooby for trainer Ann Wade.

Nutty Gem was another two and a half lengths back in third and is 16/1 from 20/1 to be crowned the 2021 SIS Limerick Oaks champion.

In the second semi final it was all about Azzabi for trainer Thomas O’Donovan who is now 10/3 from 6/1. This speedy lady is unbeaten in this competition just like Scooby Princess with Azzabi clocking 28.34 to book her spot into the final.

Ballymac Orna was one and a half lengths back in second with her odds at 5/2 from 5/1 making her the second favourite for trainer Declan Byrne.

Miss Mini Moll qualified in third place with her chances rated at 10/1 and is another finalist for Thomas O’Donovan.

No sooner will be Oaks title be decided and already thoughts are turning to the Greyhound and Petworld sponsored Golden Muzzle A1 550.

Another stake which fell victim to the pandemic in 2020, the 2019 event was landed in terrific fashion by the coursing bred Killaheen Queen and the 2021 renewal should provide more top-class racing at the Dock Road venue when it commences on May 22. There is a winner cheque of €3,000 with a 24 greyhound entry needed by May 17.

Back on the track, while the semi finals of the Limerick Oaks were the main attraction there was a 12 racecard last Saturday.

The opening race, an A4 525, was won by Ted Curtin with Ironically Sammy. The winner’s time was 29.19. Beaten half a length into second was Castleivy Blake for Michael and Noel Nash.
Rathorpe Sunset won an ON3 525 in 29.76. The winner, for Martin Kelly, had a length to spare on the line. Second was Monard Menace for Declan Beary.

There was a sprint win for Fionna Emirate for Michael Leahy. The S2/S3 350 was won in 18.88 and by four lengths. Second was Dashing King for Dominic O’Brien and John Meelam.

Knighganny Lad won for Pat Curtin and the Dangan Fourball syndicate in an ON3 525. The winner’s time was 28.66 with nine lengths to spare on the line. Second was Ladyswell for Jack Kennelly and the Home And Away Lads.

Nelius O’Connell won with Coolavanny Sando in an ON2 525. The Kildare-Kilcolgan syndicate won with a length to spare in a time of 28.82. Second was Goofy for Denis Fitzgerald and The Pillar syndicate.
Grangeview Mags won for Michael Hogan in an A1 525.

The winner was four and a half lengths clear on the line in a time of 28.83. Second was Barneys Road for Pat Buckley and owner Pat McElligott.

Paudie Keane won with Astra Eclipse in an S1 350. The sprint was won in 18.75 and by two and a half lengths. Second was Me And Jack for trainer Pat Hogan and owners June Kennedy and Jack Hogan.

There was an A2 525 success for Trinity Sydica and The Syd syndicate. The winner had half a length to psare in a time of 28.77. Second was Millrose Brandy for Ger Cremin.

OnTheCards won for Christine Taylor in an A1 525. The winner was five lengths clear on the line with a run of 28.50. Second was Sporry Majestic for trainer John O’Brien and owners Patrick and Ciaran Dillon.

The final race of the night was an A2 525 – won in 28.93 and by half a length. Success went to Bright Roddick for Mary Lynch. Second was Gurtnacrehy Blake for James Kelly. For more see www.limerickleader.ie