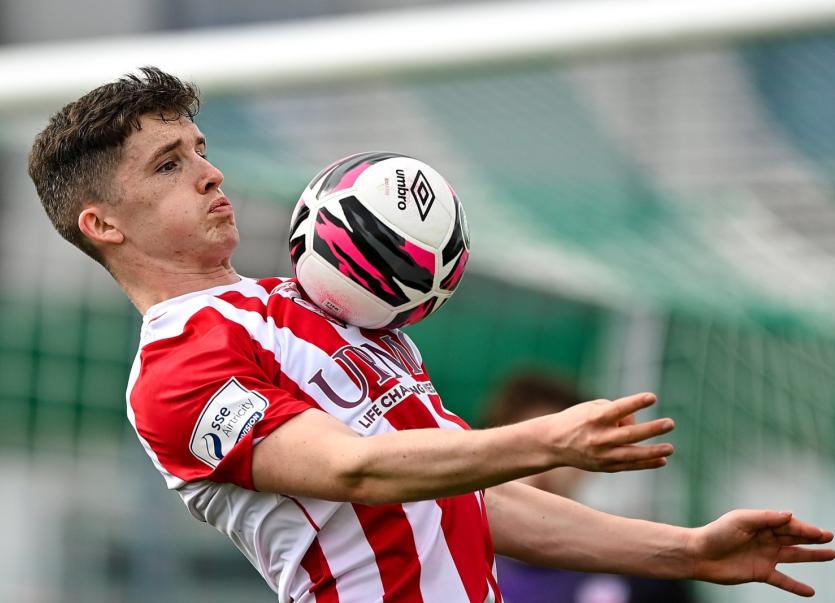 TREATY United suffered their first defeat of their SSE Airtricity League First Division season when losing out 3-2 to in-form UCD at Belfield Bowl on Friday night.

Tommy Barrett's Treaty side looked on course to pick up the three points on offer when leading their hosts 2-0 coming up to half-time thanks to a Sean McSweeney penalty and a second goal in the space of a week from Kieran Hanlon.

Hanlon's goal was a stunning effort, a brilliantly judged dink from well outside the penalty area over the stranded goalkeeper who was off his line.

However, UCD got themselves back in the game before half time when Dara Keane pulled a goal back for the students just before the interval.

The complexion of the game changed significantly in the 10 minutes just after half-time when UCD hit the front at 3-2 with goals from Sean Brennan on 51 minutes and crucially from Harvey O'Brien three minutes later.

The visitors fought bravely in a bid to secure a precious equaliser, but were denied by their hosts.

Treaty United made three changes in their starting XI for the game with the students as Charlie Fleming, Dean George and Callum McNamara came into the side. George and McNamara were making their first stars of the season.

Anthony O'Donnell missed the game with the Dublin students through suspension, while Mark Walsh and Sean Guerins miss out through injury.

Treaty missed their two experienced centre halves and the impressive Walsh, who had been terrific in their opening half a dozen league games.

Next up for Treaty Utd is a home game against high-flying Athlone Town at the Markets Field on Friday night next, 7.45pm.