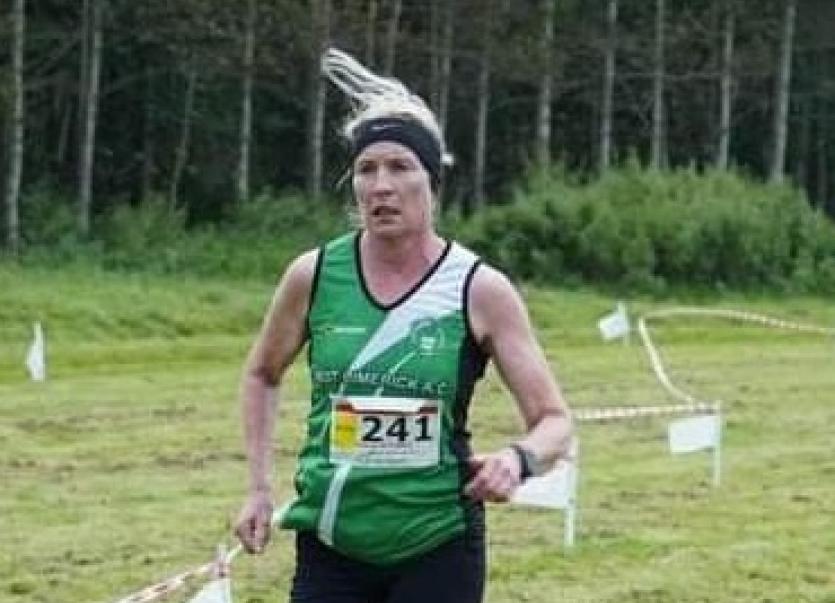 CONGRATULATIONS to UL student and Newport native Sharlene Mawdsley who recorded a 51:84 split in her heat, while helping the Irish mixed 4x400 relay team to qualify for the Tokyo Olympics.

Ireland also featured UL based Thomas Barr as they finished 4th place overall in heats and were 8th in the final.

Congratulations also to Sarah Lavin who was part of the Ireland team that came 4th in the heats of the 4x100 metres relay. The Irish women took a historic Silver medal in the 4x200m.

Well done to all who ran the Great Limerick Virtual Run various distances. There was a pb for Julie McCarthy who ran a pb of 1:29:51 in the half marathon.

What led you to take up the sport?

“It all started with the women’s mini marathon in Dublin.I think it’s the same for most women who get into athletics later in life. I was in my 20’s at this stage. I never really enjoyed running at school; I think the distances were always too short and I’m definitely not a sprinter.

“When I began to try out longer distances such as 10ks, I seemed to enjoy it more. I then started running with groups- Siobhan McCormack was a great support when I first got started and I used to run with her group most Sunday mornings.

“I also joined Limerick AC and thanks to Bill Logan, began to see my speed improving. I also started to take part in cross-country and loved it from the off.

"I ran/competed until I had my three children- time became scarce but I got back into it again slowly after a 7 year sabbatical. I had moved to Newcastle West by now so became a member of West Limerick AC at this point.”

What has been your best moment with the club?

TOO many to mention really. I think any event where we get good representation are always great moments.

“We had a great turnout of athletes for the county road in 2019 in Kilmallock and of course, the Adare 10k when every member from juvenile to vets row in to make it the successful event that it is.

What does a typical week of training look like?

"I started developing some hamstring problems a few years ago which I found very frustrating. On the advice of some friends, I took up some cycling to try and address the issue. I therefore try to get in a cycle once a week.

"I usually meet with training buddies (but I train solo during Covid) on Mondays and Thursdays for a 10k and we meet again on Saturday mornings and run anything from 16 to 21k.

“I try and get to the club speed sessions on Tuesday evenings. Ger Cremin has been coaching the adults for the past year, restrictions permitting and we’ve been delighted to have him on board.”

What are your top 5 places to run?

The Great Southern Railway which is a disused railway starting in Rathkeale and extending as far as Abbeyfeale is in the process of getting an upgrade.

The stretch from Rathkeale to Newcastle West is now open and is lovely to run on although I really loved the chip and tar surface that was there previously.

I also run in Kilmeedy Forest, the Broadford/Ashford trails, the windfarm trails in Tournafulla and Cratloe.

What are your goals?

It’s hard to have race goals what with the uncertainty at the moment-I suppose my main goal is to continue to enjoy my running.

“I also do a bit of adventure racing which is a mix of trail running, bike and kayak. I hope to get in a few more of those as well as continuing to represent my club.

Do you have tips/advice for other athletes?

Joining a club is a great place to start, you get to meet a mixed ability of athletes who all have the common of goal of trying to get better.

Running in a group is a great motivator and its where you’ll pick up tips about improving endurance/speed.

It’s also important to respect tiredness so listening to your body is important. Recovery is when the improvements happen so don’t be afraid to take a rest day