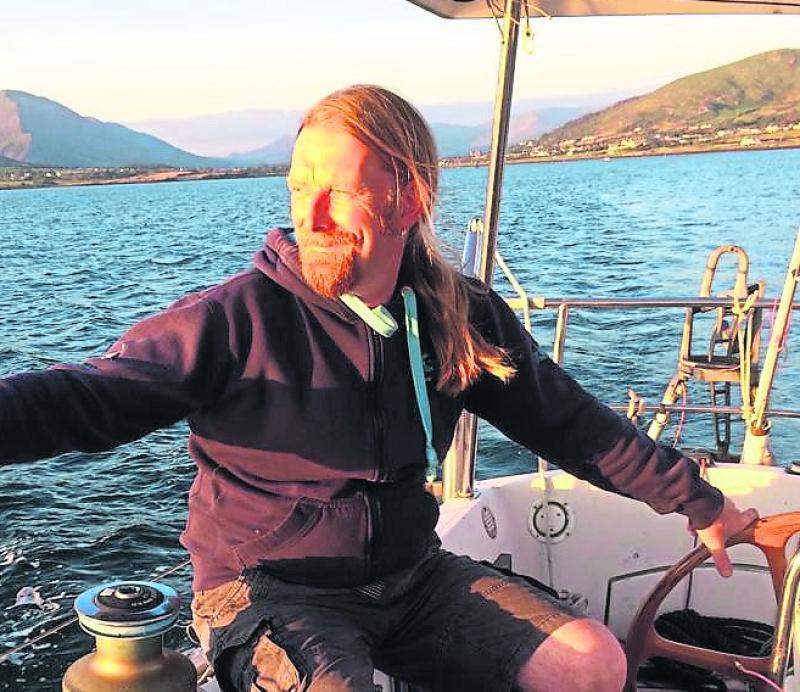 Limerick man Peter Lawless is planning to sail solo, non-stop, unassisted around the world via the five Capes in August

LIMERICK-born sailor Peter Lawless is planning to sail solo, non-stop, unassisted around the world via the five Capes in August 2021.

If he is successful, he will be the first Irish person to complete a solo non-stop circumnavigation of the world.

Peter Lawless was born into a well-known sailing family in Limerick city. Although he now lives in Annascaul, Co Kerry, his family remain intrinsically linked with Limerick City, including through Lawless Flowers in the centre of the city.

Peter's father was a renowned sailor who instilled a love of sailing in his family on Lough Derg and is an honorary member of Inis Cealtra Sailing Club in Mountshannon. He also completed his own solo trip around the world.

He estimates the trip will take approximately eight months nonstop. His yacht, Waxwing, is a Rival 41, a standard production offshore cruising yacht that has been upgraded for the challenge and is currently in the boatyard in Kilrush nearing completion.

Peter hopes to have the boat back in the water next week in order to finish preparations and begin sea trials for the voyage.

Upon completion, he will be the first Irish person to have finished a solo non-stop circumnavigation of the world, and one of a handful in the world to have ever completed this epic voyage in this manner.

There are few challenges on this earth that compare with this. It is one of the last great adventures where knowledge, skill, ability, perseverance and mental and physical strength are all tested to their limits.

It is a voyage, a challenge and an adventure that reflects the power and enormity of the human spirit and our resilience and ability as a race to persevere in the face of adversity. On one level it is a test of character, on another it is the celebration and acknowledgement of our place on this planet.

After many years as a professional sailor and yacht skipper, delivering yachts by water, both locally and internationally, Peter is fully prepared mentally and physically for this journey.

This solo circumnavigation is a big challenge and not a decision he has made overnight, but he has a great boat and fantastic family and friends behind him. Peter has received support from a wide range of groups and individual well-wishers, but the fundraising continues and is a critical part of the successful preparation for this adventure.

The route will take Peter down the Atlantic, across the equator to Cape Agulhas, at the bottom of South Africa. He then plans to sail across the Indian Ocean to Cape Leeuwin, the southwestern point of Australia.

Next the Limerick native plans to sail across the South Pacific to the famous Cape Horn, once he has rounded Cape Horn, he will be sailing north, back up the Atlantic, before heading for Ireland again.

For further details on Peter's voyage or to offer support as a sponsor, you can log onto the website www.peterlawlesscircumnavigation.com