Sadness at passing of Rep of Ireland star with Limerick connections 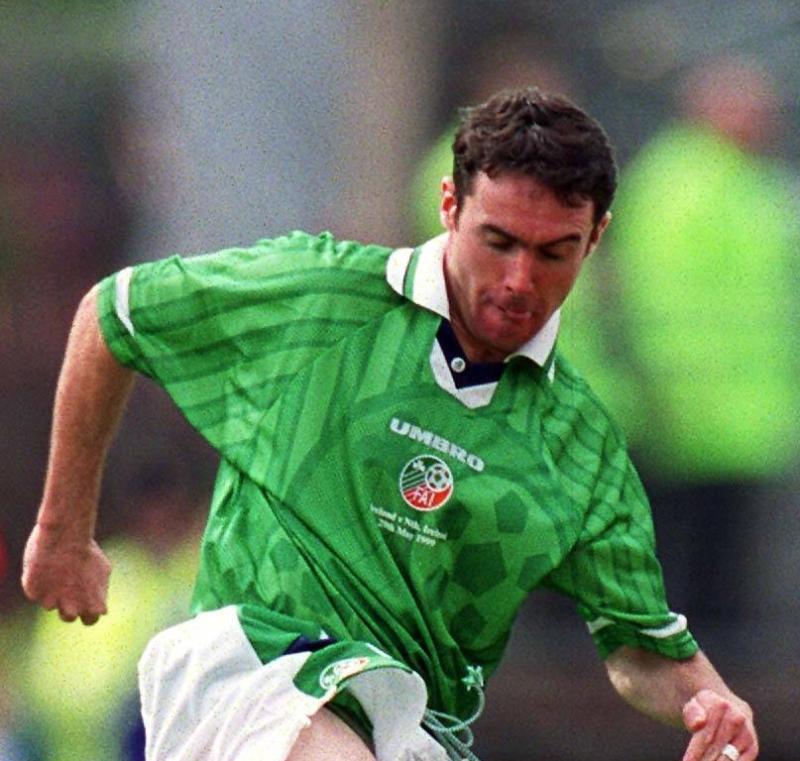 THERE has been widespread shock and sadness this Tuesday afternoon with news of the passing of former Rep of Ireland soccer international Alan McLoughlin at the age of 54.

The late Alan McLoughlin had bravely faced into a second battle with cancer in recent months.

Alan McLoughlin had strong Limerick connections as his mother Nora is a native of Knockaderry.

FAI President Gerry McAnaney said: “Alan will always be remembered for that goal in Belfast 18 years ago, a goal that brought the entire country to its feet. He was a great player for Ireland, a fantastic footballing man who coached so many young players and a very proud family man. We were lucky to have him as one of our Irish football family and I know I speak on behalf of everyone involved with Irish football when I sympathise with Debbie and his family at this most difficult of times.”

FAI Chief Executive Officer Jonathan Hill added: “This is most tragic news and our thoughts now are with Alan’s wife Debbie, his two daughters and his extended family. I spoke with Alan before we honoured him at the Luxembourg game in March and I know how proud he was of his 42 appearances in the Ireland jersey. He went to two World Cups with Ireland and will always be remembered for that night in November in 1983. May he rest in peace.”